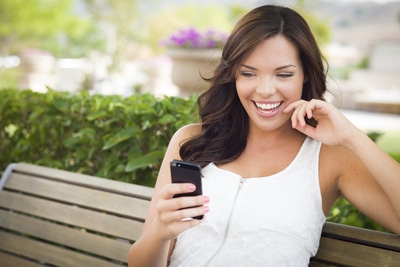 I first heard of Tinder in May. I was the keynote speaker at the Matchmaker’s Conference cruise and saw a PowerPoint presentation of all the dating sites and apps that have recently gained in popularity.

I didn’t think too much of it until a client told me that she had signed up for it at the behest of a friend. 24 hours later, this middle-aged, single-mom lawyer was having sex in the backseat of a stranger’s car.

Weeks later, I went to my fantasy football draft and heard that one of the single guys was also using it to meet women.

I’ve talked about it innumerable times on this blog.

Guys face tremendous amounts of rejection online. They discover that the most attractive women ignore them, and if they do write back, they often disappear. Sometimes, women play Match.com penpal for a month and then show up looking five years older and thirty pounds heavier than their photo. Because of this experience, these men decide that they need to move even FASTER. More winks, shorter form emails, giving their phone numbers in that first email approach, “Hey Nancy, read your profile. Think you have a great smile. Think we have a lot in common. I’m not that good at this email thing. Give me your phone number. Let’s see if there’s chemistry. What are you doing on Saturday night?” It’s aggressive, it’s tone-deaf, it’s fearful, and it doesn’t make women feel good to be bullied into meeting a total stranger from the internet.

But she does it anyway. Why? Because she doesn’t know better. Because she’s afraid that he’s a cute guy who’s gonna move on. Because she doesn’t have the confidence, flirtation skills or awareness to show men how to treat her. Because she’s been burned by wasting a month on a guy who lied about his photo, too. So online dating – for most people who don’t know what they’re doing – turns into this revolving door of instant gratification. Men collecting a dozen numbers of women to text. Women being pursued aggressively by dozens of guys at a time, all of whom want to meet her right away, communicating only by text, and not building up any trust, rapport or anticipation before the date.

Basically, it takes everything that is bad about online dating and amplifies it, while muting the good parts – the ability to read, to flirt, to screen, to get to know each other organically before you meet in person.

This is what’s wrong with my beloved online dating – and Tinder takes it to the extreme. Gone are those pesky profiles, monthly subscriptions, and email functionality. With Tinder, you can look at someone’s photograph, see how close they are by GPS, and pretty much start talking in real-time. It’s great for instant gratification; it’s pretty bad if you want to feel remotely special or connected before you go out to dinner. Basically, it takes everything that is bad about online dating and amplifies it, while muting the good parts – the ability to read, to flirt, to screen, to get to know each other organically before you meet in person.

I’m not old. I’m not a prude. I could care less if you use it as a hookup app. Whatever floats your boat. But, for the life of me, can someone explain to me how getting to know someone LESS and meeting them ASAP is going to make for a superior dating/relationship experience? Because if I have 50 hot women blinking within a 5 mile radius with no real substance in their profiles, you can be 100% percent sure of one thing: I’m not taking any of them seriously.