You Deserve A Partner Who Loves You Unconditionally! 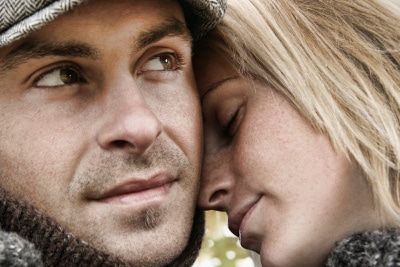 Have you ever felt stronger about someone than he felt about you?

Have you ever been in a relationship where you were always worried about being dumped?

Have you ever longed for someone’s affections, only to be told some version of:

If you’ve finished elementary school, you probably have!

If you have ever been on the wrong end of an unequal relationship, you know how terrible it feels.

Which means you’ve also spent sleepless nights beating yourself up, wondering what you could have done differently, asking friends how you could have turned things around.

If you have ever been on the wrong end of an unequal relationship, you know how terrible it feels.

Emotions flood over you that you’re embarrassed to admit. Feelings of worthlessness, neediness, confusion.

All because you gave your heart to a guy who didn’t give his back to you.

These are some of the most painful memories from romantic relationships, and, because of them, you may feel that it’s not worth it to date anymore.

Well, if every relationship ends in the same painful fashion, that would make sense.

But there are happy, healthy relationships out there. And the only way for you to find one is to get back out there by breaking your pattern of accepting unacceptable men.

A perfect example is a private dating coaching client of mine named Judy.

Judy is in her early 50’s, divorced, and quite successful.

She confessed that she wasn’t having much success online and told me about how she’s looking for a suitable partner. Someone youthful and passionate; someone who she’d feel excited about seeing every day for the rest of her life.

She signed up to work with me for three months. In that short time, she became an online dating superstar.

Her response rate skyrocketed when she learned to communicate online more effectively.

She graduated Love U as a stellar and appreciative student, and vowed to keep in touch.

Four months later, I got an email from Judy with an update.

It turned out that Judy was very effective online and had lots of dating choices. But after a few months of dating, she focused her energies on an exciting single dad. Ron may have been divorced with two teenagers, but, at age 52, he was still vibrant and sexy.

“Best sex of my life,” she told me with a little embarrassment and pride. Hey, who can blame her for developing a close bond with an attractive stallion of a man?

But there was trouble in paradise.

“Best sex of my life,” she told me with a little embarrassment and pride.

Judy’s mom had recently passed away and it threw her into a funk. It doesn’t matter how old you are; a parent is irreplaceable. The loss takes a long time to heal.

And ever since she was in mourning, she felt Ron pulling away. They were, after three months, a couple, yet he wasn’t giving Judy the security of being her official “boyfriend”.

Other emotional needs weren’t been met either.

Judy wanted Ron to drive down and spend the night to comfort her. He finally did it, but only after a considerable amount of negotiation.

Judy wanted to see Ron the following weekend to cheer her up; he couldn’t make time, even though he was able to make time every weekend prior to her mother’s death.

Suddenly, their torrid affair was grinding to a halt. Instead of treating Judy with unconditional love in her weakened condition; Ron treated her like a weak woman.

Needless to say, Judy was walking on eggshells, afraid that Ron would cut her off entirely. She even told me she was more upset about her relationship than she was about her own mother!

Her relationship was wreaking havoc on her life and all she wanted to do was figure out how to get Ron back. That’s why she was calling me for more coaching.

Now it may seem really obvious from the outside what Judy should have done, but when you’re too close to the problem, it’s much harder to take action.

I told Judy that Ron was doing her a huge FAVOR.

“A favor?” she asked. “He’s turning my life upside down. I can’t eat or sleep or think straight until I can get him back.”

Why do you want to get him back? I asked.

“Because I think I love him. I love the way he makes me feel.”

How is he making you feel right now?

“Not very good, obviously. But he’s not doing it on purpose.”

What does it matter? He’s your boyfriend. How do boyfriends generally try to make their girlfriends feel?

“I know, I know. I just don’t understand how he can be this way.”

Who cares why he’s this way?

Don’t you think you deserve a little warmth and affection?

Don’t you think that the kind of person you want to spend the rest of your life with will do ANYTHING in his power to take your pain away, rather than make it worse?

“I never thought of it that way”, Judy said.

Why go the rest of your life getting less than you give?

Relationships are about unconditional love, and what he’s showing you is that his affection is ENTIRELY conditional.

Once you weren’t Ms. Sunshine, he had no use for you anymore.

It doesn’t take any character to stick with a happy person through good times; it’s when life presents a challenge that you figure out who your friends are.

I appreciate that you’re dazzled by this man, but I need you to recognize that Ron’s not as great as you make him out to be. He’s showing some major character flaws.

You don’t get him back, Judy. You thank him for three good months and let him go.

This is why I said he’s doing you a favor.

Some people don’t learn what kind of partner they have until five years into a marriage.

You learned in three months that you’ve got someone who is unfit to give you the unconditional love you deserve.

And so, I encourage you ask yourself how this story applies to you. If you’ve dated at all, you’ve had some version of this experience, with a man pulling away suddenly, and you wondering “Why?”

The fact is: there’s someone in your history whom you thought was perfect, and didn’t give you the love you deserved. Think back to that tortured relationship.

Did you beg that man back?

Did you agonize about what you could have done differently? Or did you realize that you were being given a gift — an insight – a revelation about the future of your relationship?

When you realize that you’re not getting what you’re giving, it’s time to give that relationship a cold, hard evaluation.

Sometimes the people you love the most actually give you the least.

Why go the rest of your life getting less than you give?

This website uses cookies to improve your experience while you navigate through the website. Out of these, the cookies that are categorized as necessary are stored on your browser as they are essential for the working of basic functionalities of the website. We also use third-party cookies that help us analyze and understand how you use this website. These cookies will be stored in your browser only with your consent. You also have the option to opt-out of these cookies. But opting out of some of these cookies may affect your browsing experience.
Necessary Always Enabled
Necessary cookies are absolutely essential for the website to function properly. These cookies ensure basic functionalities and security features of the website, anonymously.
Functional
Functional cookies help to perform certain functionalities like sharing the content of the website on social media platforms, collect feedbacks, and other third-party features.
Performance
Performance cookies are used to understand and analyze the key performance indexes of the website which helps in delivering a better user experience for the visitors.
Analytics
Analytical cookies are used to understand how visitors interact with the website. These cookies help provide information on metrics the number of visitors, bounce rate, traffic source, etc.
Advertisement
Advertisement cookies are used to provide visitors with relevant ads and marketing campaigns. These cookies track visitors across websites and collect information to provide customized ads.
Others
Other uncategorized cookies are those that are being analyzed and have not been classified into a category as yet.
SAVE & ACCEPT
2K Shares
Tweet
Share2K