Can a Marriage Work With Best Friends That Love Each Other But Aren’t In Love? 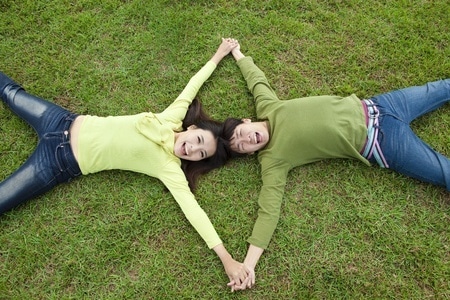 I recently read that someone was with their best friend because he can provide for them and I have a similar question but a bit different.

My question is could a marriage or a LTR work under the circumstances where I have a best guy friend and we’re close but neither of us have feelings for each other. We both have similar lifestyle goals and financial ambitions, etc. and we think that if we were to entwine our lives we could make these goals come true. Do you think that the marriage or LTR could work/last based on our close friendship and shared goals?

It has been discussed that we both have needs like sex and we are both fine with the idea that there would be other people we would seek for that. Obviously, if we move forward with this arrangement, we would have separate rooms. We also acknowledge that potentially down the road we could fall for other people but can cross that bridge if and when it happens. So my question is, do you think a marriage or a relationship/friendship like that could work if both are open and upfront about the terms and boundaries of the relationship, and both are content to cohabitate in an arrangement like this because we make each other happy and we love each other in our own way, but we’re not in love with each other? If not, what aspects do you think would present problems?

I thought this was the perfect follow up to last week’s letter from the woman who was best friends with her husband but had no chemistry or sex life to speak of.

She felt trapped. She felt neglected. She missed having affection. But she loved her family and wanted to preserve the unit without causing great pain to her children. I advised her that if her husband wouldn’t fulfill his sexual duties to her, she needed to make him part of the solution, and let her know the best way she could get her needs met without blowing up the marriage.

It’s much easier to get your sexual needs met from within the marriage than to have a marriage whose very premise is based on infidelity.

Now, the reason that your situation is different, and slightly more appealing, is that you don’t have the same set of expectations about having sex within your marriage. The previous letter writer was disappointed that she never had sex with her husband; you are actually taking it off the table. That would be a point in your favor…but I think it would be just about the only one.

In other words, there is a reason that marriage has a sexual component. Not merely because attraction is generally what brings two people together, but because people have sexual needs. And it’s much easier to get your sexual needs met from within the marriage than to have a marriage whose very premise is based on infidelity.

Now I know you’re not calling it infidelity, since looking elsewhere for sex is officially sanctioned within your best-friend-marriage. But let’s consider how this policy would play out in reality.

You start a family under the guise that you’re best friends/business partners.
You both keep dating, seeing other people, having sex with strangers, friends-with-benefits.

Like communism, it may sound nice in theory, but in practice, it’s a surefire ticket to hurt feelings, neglectful parenting, constant temptation and a surefire breakup in the future.

Finally, if it’s not just random sex partners, but you actually find someone you care about, you will then be torn between spending time with your lover and your family. Either way, you’re neglecting the other, while both of them deserve a full-time commitment from you.

All of this is to say that, like communism, it may sound nice in theory, but in practice, it’s a surefire ticket to hurt feelings, neglectful parenting, constant temptation and a surefire breakup in the future.

So how about you do what everybody else does and marry for love?