Home > Blog > Marriage > Can We Use Science to Predict the Failure of Relationships? 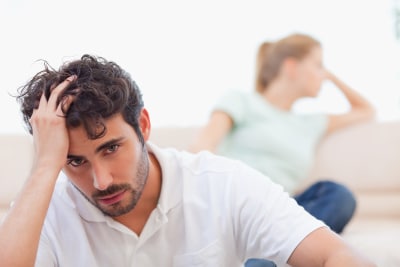 An article in the New York Times this week claims that an equation can predict the success or — more likely — failure of a celebrity marriage.

And guess what? Celebrities…they’re just like us. Prone to making rash, impulsive, bad decisions based on attraction and short-term thinking.

Says the piece, the factors that contribute to a breakup are,  “the spouses’ combined age (younger couples divorce sooner), the length of the courtship (quicker to wed, quicker to split), and the sex-symbol factor (defined formally as the number of Google hits showing the wife “in clothing designed to elicit libidinous intent”).

Celebrities…they’re just like us. Prone to making rash, impulsive, bad decisions based on attraction and short-term thinking.

Similarly, “the trait of narcissism predicted likelihood of sexual infidelity. Those high on narcissism feel entitled to have sex with others. Also, they oscillate between feelings of grandiosity and worthlessness, and the sexual attention helps keep them in the self-aggrandizing region of self-esteem.”

Finally, there’s the immaturity factor: “We know that people marrying young have a much higher chance of divorcing,” Dr. Stevenson says. “But what’s much harder to tell is whether the types of people who marry young are more likely to divorce, or whether the young age at time of marriage actually makes the marriage more prone to divorce.”

To me, it’s a miracle any celebrity marriage lasts at all. Consider that actors are often insecure and flaky, their careers rise and fall like the tides, there’s intense jealousy and envy of others, you’re constantly surrounded by attractive and wealthy people, you travel all the time away from your spouse, there’s always the possibility of on-set romance, and you don’t lead a “normal” life with 10 hours a day committed to work. From here, the best bet is that one person is famous and the other person isn’t.

Read the article here and please, share your thoughts.