Does Having Kids Lower The Quality of A Marriage? 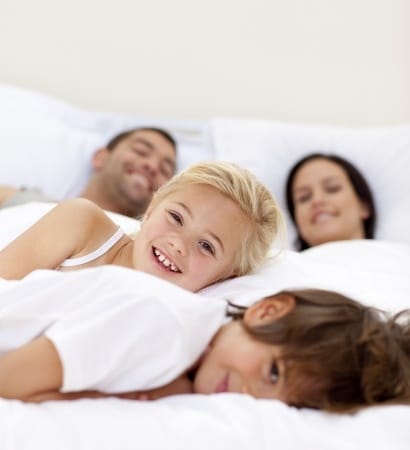 Really good piece sent to me by my assistant, Cindy, which is coincidentally written by a journalist friend, Elise. It begins by citing a pretty comprehensive study of 5000 couples in the UK. Here’s what they found:

“Childless couples ranked the quality of their relationships higher, felt more valued by their partners, and (shocker) spent more time maintaining their relationships, going on dates, and having intimate conversations – undoubtedly easier to do when you’re not racing through dinner to relieve the sitter or halting that crazy-deep conversation when the baby starts crying. Yet, there was also a fascinating gender divide: Mothers were happier than married women without children, but the opposite was true for men – fathers were slightly less content than their childless counterparts.”

So there you have it, people. Don’t have kids!

Makes perfect sense to me for all the reasons enumerated above. Listen, I’m a relationship expert with an incredibly even-tempered mature wife, lots of part time child care, a big house, a good amount of disposable income, considerable communication skills, and a realistic outlook on what a healthy marriage looks like. And I’ll be the first to admit that the parental life (at least with a 1 and 3 year old) is not as “fun” as being free to travel on a whim, make love whenever you want, and focus all of your energies on your relationship rather than the kids.

So there you have it, people. Don’t have kids!

Yeah, it’s not quite that simple. “All couples, whether they have children or not, experience the same declining levels of happiness as the years go by – feeling under-appreciated, lack of sex, decreased communication skills, financial issues. Having kids just accelerates the speed at which those problems occur,” family and relationship expert Laurie Puhn, author of “Fight Less, Love More,” tells Yahoo Shine. In fact, one landmark study showed that couples are unhappier after the first year of parenting than before having children, but that couples without kids become equally unhappy after seven years of marriage.”

So there you have it, people. Don’t get married!

Of course, that’s not true either, since most studies report that married people are, in fact, happier.

Moral of the story is that if you’re a happy single person, you may be happier when you’re married.

Moral of the story is that if you’re a happy single person, you may be happier when you’re married. If you want kids, have kids, but realize that while you’ll enjoy your children, you’ll have less time to focus on the relationship. And don’t be surprised when the luster of new love wears off; it’s how you enjoy life AFTER it does that determines whether you’ll be happily married or not.