How Do I Tell My Boyfriend That I Actually Want to Get Married? 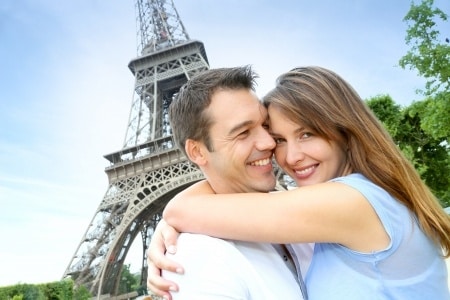 Thank you for all your stellar advice to us women who have our sh**t together in all areas but one: love.

My question is: How do I tell my boyfriend that my personal goals for my love life have changed since we first started dating? I am a divorced woman in my early thirties. I have a teenage child, my own house, a great job, and lots of friends. When I went back to the dating pool, it was after a 1+ year “guyatus” and I was still pretty bitter about the broken engagement that made me single again. I started dating online and clearly advised my many suitors that I did not want to get remarried, did not want another kid, and did not want to live with anyone.

Fast forward to today. I have been dating a kind and thoughtful guy for the past three months. We are exclusive, and we have a great time together. He has seemed pretty thrilled with my “don’t need a contract” approach to love. We have so much fun together, and I like being with him so much, that I am rethinking my no marriage rule–I may actually want to remarry someday if there are guys like this in the world! This realization has scared me, because I was so confident in my singlehood previously, and I have acted a little “freaked out” since I noticed how much I like being with him.

I get the sense that he does not want anything more serious than what we have, and I am worried that if I wait too long to tell him my change of heart, that he will feel I used the old “bait and switch.” At the same time, I don’t want to have an awkward conversation in which he believes I am saying I want to marry him, because I don’t know that yet. (3 months in, 21 months left to go!) I am also worried I will grow more attached to him, and in the event he is not open to marriage someday, I am wasting my time.

Do I speak up? Do I let it go and watch what he does? Am I overthinking this?

Thank you so much for cheering us ladies on, we sure need it!

I rarely get questions from people who have changed their minds and want to do the right thing.

So kudos to you for thinking a few steps ahead, instead of diving in to the pool headfirst, and hoping that there was some water at the bottom.

Now, generally the women who tell me they don’t want to get married fall in two camps:

b. Women who have been burned by marriage, got divorced, and decided that they’ll never get married again.</ol type=”a”>

I tell all of them to get over themselves.

The anti-marriage folks get really caught up in the way things “should” be. “I don’t need a piece of paper!” “As long as he and I are on the same page, what does it matter?” “If Kurt Russell and Goldie Hawn can do it, why can’t I?”

Most people WANT to get married.

That’s all well and good. Except, as Amy illustrated, most people WANT to get married. To make things official. To get their partner’s health benefits. To have kids with the same last name. Again, I’m not saying whether this SHOULD be the case. I’m just saying that it IS the case. Sure, marriage rates are declining, but how many couples do you know that have been together 5 years without getting married? So whether we like it or not, marriage is the default setting for Americans, and the end goal for a vast majority of people who want a relationship that lasts until “death do you part.”

Circling back to you, Amy: of course you’d consider ruling out marriage after a bad marriage. But that’s a false dichotomy. Because your choice isn’t between a bad marriage and no marriage; it’s between a bad marriage and a potentially great marriage. Dissenters would say that there’s no difference between an LTR and a marriage if both people are equally committed. They would be correct — if, in fact, both people were equally committed. But an LTR is far easier to break up than a marriage. You can say marriage is about the piece of paper, but it’s really about the public declaration to your friends and family, and the legally binding commitment to each other. Antiquated? Maybe. But regardless of whether I’m pro-marriage, most men and women are, too.

That means two things for our original poster:

This won’t be an easy conversation, but it is a necessary one. If you don’t — as you pointed out — you can very well fall in love with him, spend two years with him, only to learn that, yep, sure enough, he still doesn’t want to get married.

Again, I’m not saying that you SHOULD get married; I’m saying that if you want to, this isn’t the guy.

This website uses cookies to improve your experience while you navigate through the website. Out of these, the cookies that are categorized as necessary are stored on your browser as they are essential for the working of basic functionalities of the website. We also use third-party cookies that help us analyze and understand how you use this website. These cookies will be stored in your browser only with your consent. You also have the option to opt-out of these cookies. But opting out of some of these cookies may affect your browsing experience.
Necessary Always Enabled
Necessary cookies are absolutely essential for the website to function properly. These cookies ensure basic functionalities and security features of the website, anonymously.
Functional
Functional cookies help to perform certain functionalities like sharing the content of the website on social media platforms, collect feedbacks, and other third-party features.
Performance
Performance cookies are used to understand and analyze the key performance indexes of the website which helps in delivering a better user experience for the visitors.
Analytics
Analytical cookies are used to understand how visitors interact with the website. These cookies help provide information on metrics the number of visitors, bounce rate, traffic source, etc.
Advertisement
Advertisement cookies are used to provide visitors with relevant ads and marketing campaigns. These cookies track visitors across websites and collect information to provide customized ads.
Others
Other uncategorized cookies are those that are being analyzed and have not been classified into a category as yet.
SAVE & ACCEPT
96 Shares
Tweet
Share96