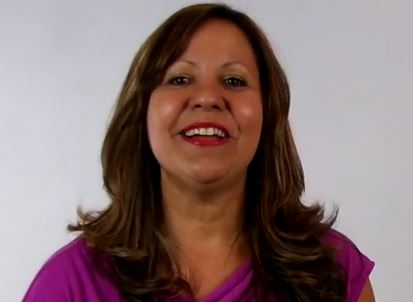 Share10
Tweet
10 Shares
Last week’s coaching call with Evan was the most challenging so far. Every week he logs into my Match account with me, takes a look at what’s been happening and guides me on how to use the site more effectively. He asked why there hadn’t been much activity and I told him because I was visiting family in Puerto Rico. His response was that we didn’t seem to be on the “right page”, and I appeared to be paralyzed. He was right. It’s a lot easier for me to respond to messages than to send a new message, especially if I’m trying to use the techniques from Finding the One Online.

Beyond the idea of contacting the man first, I’m frustrated with not being able to create funny, flirty and/or opinionated messages. I sit with my iPad and stare at the screen waiting for inspiration. I just look at the blinking light waiting to write something for the longest time…I guess that’s called writer’s block. Last night it took me over an hour to write two paragraphs!

Next, Evan pointed out a couple of messages in my inbox. These were messages I dismissed a couple of weeks ago even though I liked the guys. Why? Because they didn’t write anything interesting. I even felt embarrassed that a man replied with a “LOL, like that’s important.”

Evan reminded me that the fact they took the time and effort, even if it was a small effort, meant they were interested and that I shouldn’t take anything in their message personally. And, since we exchanged messages a couple of times, that means they liked me and would be considered Hot Leads. Besides, I don’t reply to people that I’m not interested in, so why would they?

I also mentioned to Evan that the man I talked about the previous week (the one that asked me if I was following Evan’s advice) never called for a date after my trip to Puerto Rico. We had agreed to make plans for a date on Valentine’s Day prior to my trip but it never happened. Evan says online dating is all about momentum and that I should’ve stayed in touch even if I was out of town, just to keep the ball rolling. People on dating sites are talking to many individuals at one time and without continued contact, you’ll be forgotten and they’ll move on.

The takeaway from this coaching session is if you complain about bad emails, chances are you are writing bad emails. If you want people to write more, you have to write more and BE BETTER THAN THEY ARE.

As always, I’d like to express my gratitude for all your comments and for following my story. Hope my journey helps you in yours and remember to always keep your heart open to give and to receive love.