Too Many Men, Too Little Time? Pay Attention… 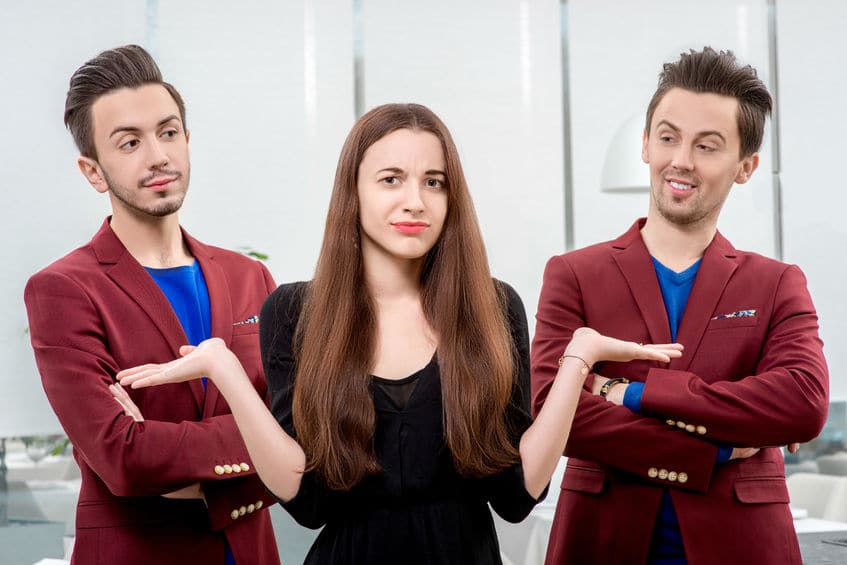 My client in Northern California had a problem on Match.com this week. She’s going on vacation next week and has four interesting guys clamoring to meet her (cause that’s what happens when you’ve got me as your dating coach!) Anyway, she’s already set dates with two of them, but doesn’t want to lose momentum when she goes away. Her question was how to juggle this and make it work to her advantage.

It takes inner confidence to realize your worth – that the right person makes the effort you want him to make.

I loved this question because as a dating coach, you don’t see too many new challenges under the sun. My client’s inclination was to try to see all 4 guys this week before she left. Strike while the iron’s hot.

The problem with this is threefold:

First, you can’t give very much time and attention to four guys in a week. It’s information overload and you’d better have a cheat sheet beside you to keep track of your men. As a result, it’s unfair to all parties involved. To them – as they’re expecting their date to actually be focused on THEM; and to her, because she may be burning through too many quality guys at once. It’s easy to talk about the problem of not liking anyone, but it’s also a serious problem to like three guys at the same time. Everybody loses.

The second reason I wasn’t a fan of the four-date plan was this: she was operating out of fear. Her greatest concern was that she was going to lose the opportunity to meet them, instead of worrying that she wasn’t giving each date the greatest chance to succeed.

The third reason I couldn’t recommend DateWeek was that the momentum would certainly get lost after 10 days with most of the men. She’s actually shooting herself in the foot by meeting any of them.

But since she already had 2 dates, I thought it would be easy to plan the rest.

First of all, I told her to shift her consciousness. I recommended that she operate from a place of abundance instead of fear. I promised her that these 4 men want her now, they’re going to want her in 10 days as well. After all, they wrote to HER. They want her and will do whatever it takes to get a date. If they don’t, it’s their loss. So there’s no need to panic that she’s not going to meet everyone at once. Just chill, I told her.

Next, tell the two guys who want to meet you that you don’t have time this week. It’s perfectly reasonable – the week before a 7 day vacation means that you have work, loose ends to wrap up and friends to see. If you don’t have time, you don’t have time. As long as you reiterate your interest in getting to know them, they’ll stick around. Just let them know that you’re available while you’re away.

That’s the big key. It’s incredible how powerful it is when someone keeps in touch when it’s not expected. And if any of her four guys make an effort to call or email while she’s gone, it speaks volumes about their intentions. I used this technique to forge relationships over Christmas break of 2003 and 2004. The second woman and I talked on the phone every night that I was visiting my Mom in Florida and by the end of the week, we were both sold. She picked me up at the airport without ever having met me before.

It takes inner confidence to realize your worth – that the right person makes the effort you want him to make. I am extremely confident that my client will end up dating all four men, and that she will have the pick of the litter – at her own pace – when she gets back.