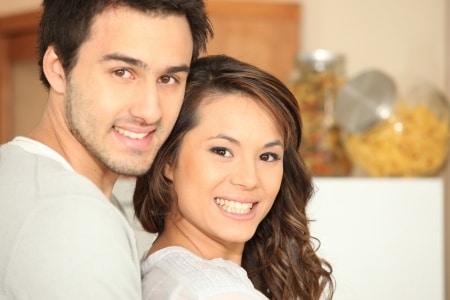 I’m capping off an AMAZING day with my four Monday afternoon clients. I’m so inspired by their willingness to look within for answers, instead of taking the easy route of blame. One of them literally sounds like a completely different person than she was when we first started coaching back in February. But that’s another story for another day.

Today, I want to share with you an exciting triumph from New York. Rachel is in her early 30’s, comes from an upper-middle-class Jewish family, and has spent her life being the “friend” to most of the men she meets. After her Mom called me to engage my coaching services (I’m a wonderful gift, or so I’ve been told), Rachel and I set out to change all of her dating patterns that she’s built up her whole life.

We did the usual online dating stuff: the new profile, the new photo, the new email technique. That’s what gets my clients rolling first. After all, there’s no dating coaching without actual DATES. So now that Rachel’s getting attention online, we get into the juicy stuff: how to flirt, how to be a great first date, how to let go of negativity, how to understand the male agenda, how to open up to different guys, how to deal with sex, how to judge men for their actions instead of their potential. You know, all the concepts you read about here.

Well, last week, Rachel tells me that she’s got a boyfriend. He’s taken down his Match profile, she’s doing the same, and, thanks to my coaching, she hadn’t yet slept with him until it was official.

But what makes this story extra special for me is that Rachel opened up to a guy who was COMPLETELY different than her. I mean – different age, different race, different career background – EVERYTHING. How did this happen? What distinguished this boyfriend from the pack?

She gave him the chance to show her a good time – and he did. Over and over and over again. She couldn’t believe it while it was happening, because he was not what she was looking for. But he is what she found. Here’s what Rachel had to say about her experience of working with me the past few months:

“I was more open to men I wouldn’t have given a chance to previously. At first I started responding to men I wouldn’t have before because I was trying to follow your advice and practice your writing strategies. It worked and I liked this guy. As you say, he was not the package I pictured. You also told me that it was easy come, easy go. So I started taking the date for what it was: a date. I stopped applying any pressure to it. I also went with the flow. The first date I wanted to have one drink and go home, but I was having fun and I had a second drink. It was really comfortable. I stopped worrying about the next day, didn’t check my watch and let myself have a good time.”

What Rachel doesn’t share was that she was in a crappy mood on the day of her first date. That’s right. She wasn’t that attracted to his profile, she wasn’t up for going out, she didn’t even want to be there. But Rachel heard my annoying voice in her head and did the most novel thing: she opened up and gave a guy a chance to shine. And shine, he did.

Now she’s got a boyfriend, using the same way I got a wife – by breaking her self-imposed rules about how it’s supposed to look and appreciating someone for his kindness, humor, and positive energy.

Do you know any couples who have found happiness in unexpected packages? And would you rather hold out for how it’s “supposed” to look than open up to a new possibility?

Rachel discovered one of the keys to finding love is changing your rules. The second is understanding exactly how men think. Click here, and I’ll show you step by step how to find and understand your own Mr. Right.