Too Many Women, Too Little Time 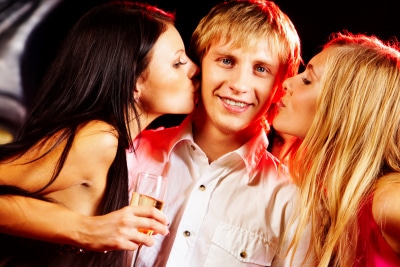 In a funny article on Deadspin, you can learn all about Dave.

Dave is a financial services employee in New York. Dave goes on Match.com, writes to women, and sometimes goes on dates with them. To keep track of everyone, he puts their information into an Excel spreadsheet.

There’s nothing wrong or even unusual about this. Since I’m a technological idiot, I used to use Post-It notes by my phone. I once even came up with an idea for a software application, called The Bachelor Pad, which would rate and organize your potential prospects. The idea, like most businesses, was borne out of necessity: when I was talking to three 36-year-old women named Stacy on JDate, I definitely needed The Bachelor Pad.

Alas, the one thing I never did was share my spreadsheet with someone I was dating.

That’s where Dave screwed up. And that’s why there’s a feature about him on Deadspin.

Have you ever resorted to Excel to keep track of your own dating prospects? Do you see anything wrong with this? I know it sounds impersonal, but it’s certainly practical – especially if you believe that you have to talk with 7-10 people at once to get 1-2 good dates.

As always, I look forward to your thoughts.