Home > Blog > Dating > Sex > Can I Find Happiness With a Sex Addict? 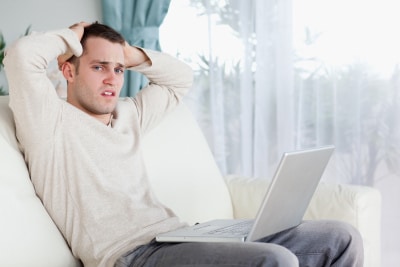 I just broke up with my boyfriend of almost three years. We had an amazing relationship. He was the first guy I fell in love with. He was my best friend and lover. We had talked about the future and had great relationships with each other’s families and friends.

Now, the problem. I recently found out that he had been responding to sex posts/ads online. When I confronted him about it, he immediately confessed and apologized profusely. He cried and said he’s so ashamed of himself. He explained that it’s a sexual issue/addiction that he’s had for years – even before he met me. He swore that he never actually met up and did anything physical with anybody; he had only exchanged messages. He said he’d go to counseling to get help. He asked me if I could find it in my heart to stay with him and give him a chance to fix himself and be a better man. He said he knows I deserve better.

I feel so betrayed, sad and angry. But a part of me also believes everything he told me, because it’s in line with his character. He had always been honest with me, even when we discussed difficult subjects.

I’m 25 years old and I’m attractive, intelligent, funny, etc., so I’m sure I can find another person in the future. The problem is, I don’t know if I want to. Is my ex-boyfriend “the one”? I’m not the type of person who magically “knows” or dreams about marriage, but being with him made me start thinking about the possibility of marriage. Does he have great character, make me happy and help me to be a better person? 100%. Did he hurt me? Yes. Do I think I can trust him again? I don’t know.

Like many people with addictions, he may be a good man with a pure heart, but if he can’t control his own actions, he fits the profile of a high-risk partner.

My rational side tells me that breaking up was the right thing to do and that I should never look back. My emotional side tells me that I should give him a second chance, but only once he’s made progress through counseling. What do I do? I don’t want to do anything stupid. I don’t want to fall into a bad case of clouded judgment due to loss of first love. Unfortunately I don’t have enough experience with love to know. I need your help. —Zoe

A very thoughtful letter and a very tricky situation.

And, to echo your sentiments at the close of your email, unfortunately I don’t have enough experience with addiction (much less sex addiction) to be able to rightfully guide you.

A quick trip to Wikipedia is informative, however.

While sex addiction is not listed in the 2013 Diagnostic and Statistical Manual of Mental Disorders, which is pretty much the bible for mental health diagnoses, it’s still prevalent enough to have been studied extensively.

One short description on the page sort of leaped out at me:

Whether it’s a choice or a disease doesn’t matter. He can’t control his urges.

Like many people with addictions, he may be a good man with a pure heart, but if he can’t control his own actions, he certainly fits the profile of a high-risk partner.

It sure wouldn’t shock me. And even despite that, I wouldn’t doubt that he truly loves you. He’s just an addict. Whether it’s a choice or a disease doesn’t matter. He can’t control his urges. As such, you’re taking a highly calculated risk that he doesn’t backslide.

The one thing I can weigh in on with some measure of authority is this:

You WILL fall in love again.

You’re 25. You don’t seem to lack for attractive traits or self-esteem. You’ve been able to maintain a three-year relationship. You had the confidence to walk away from a boyfriend that you love whom you don’t trust. These are all signs of a highly healthy young woman.

Listen, I believe in second chances as much as the next guy. Hell, if my wife cheated on me, I’d absolutely give her a second chance to make it right — because I know it’s anomalous and not part of her character. Unfortunately, Zoe, your ex-boyfriend’s behavior is not anomalous; it’s chronic.

If anybody is going to give him a second chance, it’s going to have to be the next woman who finds out he’s a recovering sex addict.

As for you, I think you should get back out there, date a bunch of new guys, and see who surprises you. My guess is that he’ll be everything that your previous boyfriend was — without the addiction and trust issues. Keep us posted.