I’m a Little Lonely. Most Men Are REALLY Lonely. 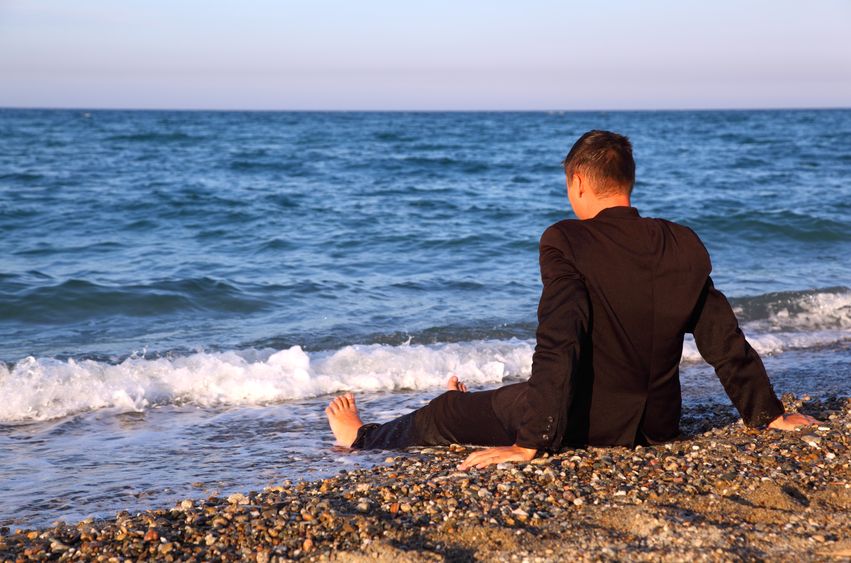 In high school, I had three best guy friends. We loved each other. Said as much when signing each others’ yearbooks. By the time we graduated college, we were barely in touch. The last time we were all together was my father’s funeral when I was 26.

In college, I had four best guy friends. We loved each other and I thought our friendship was unique and special. It wasn’t. We all went to each others’ weddings in our late 30’s, but after we had kids, it was the end of the show. The last time we were all together was a group  40th birthday party in New Orleans. That was 5 years ago.

I’ve  been married for nine years, a father for 6. I work from home in the suburbs. I don’t play poker or golf or drink scotch – I’d rather have a pool party with margaritas and my wife around. There is very little testosterone in my world.

My current friends are  fathers in my community – kindergarten dads, temple dads, soccer dads, etc. They’re great guys, but we don’t have the same history. We couldn’t. What 40-year-old guy can spend countless hours talking  these days?  We have full-time jobs, kids  to raise, and endless  family obligations. I see the local Dads around once a month. I see my longtime LA friends two times a year. I see my college friends only when I’m on a business trip in their city.

If you have a guy friend, call him and let him know you’re thinking of him.

I’m busy, all right. But I’m a little lonely. And I’m one of the lucky ones. Happily married. Two kids. No commute. Highly active social life with an extroverted wife who knows everyone in town. Shed no tears for me. I’m only using my plight as a way into this viral piece by Billy Baker of the Boston Globe, which painfully identifies how middle-aged men don’t have the same sense of community or support as their female peers.

The results are visible everywhere. Go on dates. Ask your guy friends. Most of them will tell you. There are no fraternities or posses or bro-groups for men of a certain age. There are no men’s networking organizations, no conferences just for men, no Love U for guys.

There is mostly work.

Want to know why guys bear their souls on the first date and want to marry you on the second date? Look no further than the loneliness epidemic, which has quietly swept across America, and is slowly destroying our male population. Disconnected men have no social contact, no warmth, no support, no touch, no one to celebrate successes, no shoulder to lean on during tough times. It’s terribly sad and relatively unreported.

If you have a guy friend, call him and let him know you’re thinking of him.

You’ll probably be the first to do so this year.

Are you a guy who has experienced this slow fracturing of social bonds? Are you a woman who has seen this up close?  Your thoughts, below, are appreciated.