My Boyfriend Does Not Want To Spend Time With My Kids 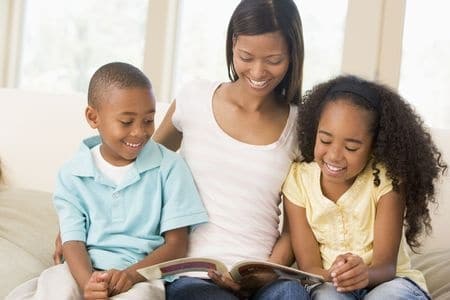 I’m a 38-year old single mom with an 11yr old daughter and 5yr old son. I’ve been dating a 47-year old bachelor (has no children) for a year. We see each other when we can as we are both busy with 2 jobs.

When I’m with him it’s always fun and wonderful. I get along with all of his friends…they actually make me feel special. I have met his brother and his family and love them. However, he still has not invited me to meet his parents (they live 30 min away) which seems strange to me…he met mine after 3 months of dating and really get along well.

Everything is perfect until it is my weekend with my kiddies! I’m not possessive, quite the opposite, and would never suggest he spend all of his time with me! But I am wondering whether he will ever get more involved with the two most precious people to me…my children! Little encounters here and there but nothing to get excited about. I invite him to spend time with us every other weekend…never pushing as I’d like him to want to spend time with my children! I keep giving it more time to improve, but so far, none. He always has an excuse why he can’t be with us so I tell my children, who adore him that he has to work or has a previous commitment. Lying to them is not a good feeling.

If he wants to be your boyfriend without spending any time with your kids, well, that’s what he’s gonna do.

Is there hope that he will step up to the plate and be a part of my children’s lives or will he continue to ignore what means most to me in the world, my children? Should I have a one-on-one with him about this or keep doing what I’m doing and hope things will change?   Am I wasting my time?

Men do what they want.

I wrote this in “Why He Disappeared” and nothing I’ve heard since has convinced me otherwise.

If he wants to call you, he’ll call you.

And if he wants to be your boyfriend without spending any time with your kids, well, that’s what he’s gonna do.

You’ve got yourself a 47-year-old bachelor. If he wanted to get married or have kids, he’d probably have done so by now, right? This should, in no way, diminish the fact that you seem to be very happy with him as a boyfriend. It just means that it’s entirely possible that this is the only role he wants in your life — the one where he really doesn’t have to compromise all that much.

Point is: you have to figure out what your endgame is.

You need to have a come-to-Jesus meeting with your bachelor boyfriend and let him know your vision of the future.

Do you want to be married again one day?
Do you want the man you’re with to take on some stepfather duties, or at least integrate himself into your family more readily?

If that’s the case, then, yes, it sounds to me like you need to have a come-to-Jesus meeting with your bachelor boyfriend and let him know your vision of the future.

While there’s a possibility that he loves you enough to reconsider how he’s lived his entire life, the most likely answer you’re going to get is what you already know from his actions:

“I love you. I like your kids. I don’t want to be tied down to a family. I prefer my freedom. If you can keep doing this, I’d love to, but if you can’t, I completely understand.”