Home > Blog > Cheating > Do You Have a Guy On the Back-Burner? You’re Not Alone. 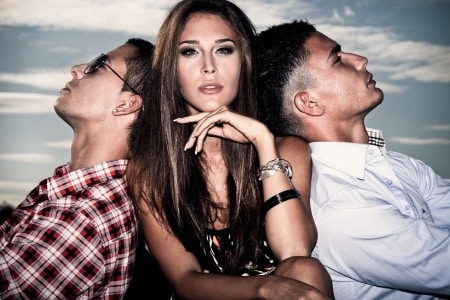 While this post was precipitated by the recently discovered love letters from President Warren Harding to his mistress, it really is about the proliferation of social media and how it impacts modern relationships. Simply put, humans have always had back-up relationships – friends to whom they’re attracted, ex’s that still linger, unrequited crushes that have been buried for years. But these days, we now have the capacity to easily keep in touch with all of them – discreetly.

Enter a study of 374 young adults (averaging 21 years of age). Turns out that both men and women, whether they were in a relationship or not, had a number of potential dating options (hereby known as back-burners) with whom they kept in touch, just in case. “This group of young people used text messages, Facebook, and sometimes cell phones to maintain contact with their back burners. As a group they reported having an average of five-and-a-half back burners, more of whom they communicated with in a platonic rather than romantic way.”

We ALL have some of these people in our past/present – but everyone deals with these relationships in different manners.

That sounds about right. When I was dating online prolifically from 25-35, many of those women turned from hook-ups into friends. Hell, I had a dinner party last month with two former hook-ups who brought their husbands to my house, ten years after we dated. Everyone moved on. And that’s what’s interesting about the back-burner concept. Sometimes, your back burner is a former flame. Sometimes, it’s a person you’ve always found attractive. And sometimes, it’s benign and you’ll never take action on it. We ALL have some of these people in our past/present – but everyone deals with these relationships in different manners.

This back burner phenomenon is nothing new, but social media allows us to do it better – without a paper trail.

Yep, if you’re someone who can be platonic friends with members of the opposite sex, without getting angry, depressed or sexually frustrated, you’re bound to accumulate some back-burners (or maybe just friends). And if you’re someone who gets jealous that your partner maintains such relations, you’re bound to freak out when you learn that – on average – there’s 5 people that he/she is considering if you ever break up. The study, however, “does NOT indicate that individuals in exclusive romantic relationships will necessarily cheat on their partners.”

The author of the Psychology Today piece draws the same conclusion that I would: this back burner phenomenon is nothing new, but social media allows us to do it better – without a paper trail. That’s why it’s really important to know the character of your partner and to carry yourself with full trust. The alternative means checking his texts and Facebook messages, and no one wants to be in a relationship with someone who does that.

So, do YOU have any back-burner folks that you’d call if you were suddenly single?