Home > Blog > Dating > What Men Want > Are You Seduced by the Clarity of Passion? 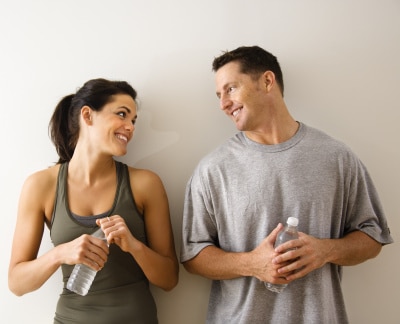 Janie is a 45-year-old private coaching client who registered for my Passion Course, in which I provide 8 weeks of intensive personalized coaching, beginning online and moving offline.

After 3 weeks, she already found a guy she was excited about. Sure enough, he was quite a catch. Tall. Young for his age. Successful. Good writer. What she liked most was how he acted differently than all the rest of the online dating guys.

If you’ve ever had this experience of investing too much emotion in an emotionally unavailable man, keep reading.

If you’ve ever had this experience of investing too much emotion in an emotionally unavailable man, keep reading.

He called when he said he’d call.

He followed up after the first date.

He talked about a future from the get-go.

And when they kissed…? Forget about it. It was magical.

For 5 weeks, it seemed that the stars were aligned for Janie. And then, in the most predictable unpredictable fashion, he pulled away, without a word.

I’d like you to think about YOUR past relationships.

You had an amazing first month that quickly fizzled.

You had a passionate three-month relationship before he slowly pulled away.

You’ve been with him for 5 years and he still hasn’t proposed.

In each situation, you’re driven by your hopes and desires at what could be… instead of focusing on what really is.

It’s frustrating and unfair, but, so you know, men do the exact same thing.

Last week, I went out with a friend who is one year out of his divorce. He met his wife when he was in his late 20’s, and now, as he crosses 40, he’s trying to evaluate what went wrong.

In fact, he told me that he’s turning to online dating, but is moving slowly because he’s so particular about what he likes physically.

– A woman who makes him laugh.

– A woman who doesn’t always put her needs first.

– A woman who isn’t cold and uncommunicative when she doesn’t get her way.

– A woman who has the same vision of a family and future as he does.

The moral of the story is that, to make better decisions in love, you need to have a different perspective – one that doesn’t come naturally to smart women like you.

In other words, he’s looking for someone completely UNLIKE his ex-wife – even though she DID have the physical attraction he found so important. The very trap that led to his divorce will strike yet again if he puts attraction first and doesn’t recalibrate what’s important.

Did you put up with a man who insulted you?

Did you put up with a man who didn’t let you know you were special?

Did you put up with a man who didn’t make you feel safe?

Did you put up with a man who cheated?

Did you put up with a man who didn’t want marriage or children when you did?

If so, I hope you can concede this one important point:

“Passion doesn’t necessarily mean you can’t be together, but it does a great job of obscuring when you SHOULDN’T.”

This is what I call “the clarity of passion”.

You feel so strongly about a guy that you ignore all of these HUGE reasons why you shouldn’t be together.

And if you’re stuck on some man who, for whatever his merits, does not treat you well or share the same vision of a future, it’s YOUR job to LEAVE him. You should not expect him to turn around just because you feel passion.

Men are not great husbands simply because they’re cute, smart, funny, and successful. That’s just what seduces you.

Men are great husbands because of how they treat you. Yet that’s the first thing you’ve given up when you’ve felt that blinding passion.

The moral of the story is that, to make better decisions in love, you need to have a different perspective – one that doesn’t come naturally to smart women like you.

If you’ve been reading my blog and my newsletters for a while I hope you’re starting to have that shift in perspective.

You’re not gonna wrong once you know how to do things right.