Home > Blog > Communication > Do You Look Down On Others? 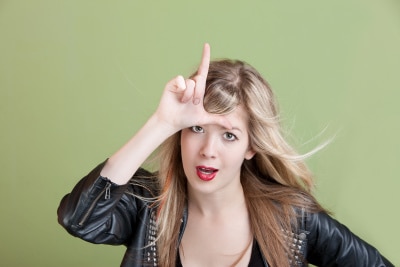 In a touching first person article, Ada Calhoun talks about how she and her friends spent a summer in a photo lab, mostly making fun of the people in the photos.

To be fair, she was 21, and to be fair, we ALL judge people based on appearance and come to false conclusions about them. Hell, in my 20’s, I used to go to bars with my roommate and we’d make up limericks about total strangers just to entertain ourselves since we didn’t have the guts to approach women.

The people you’re making fun of are often a lot happier and better adjusted than you are.

But, there’s often a deep underlying irony when it comes to schadenfreude. Namely that the people you’re making fun of are often a lot happier and better adjusted than you are.

Says Calhoun, “We made fun of the people in the pictures for being desperate, but no one was more desperate than we were. At parties I often pretended to be someone named Amy and occasionally mud-wrestled. I was living with a boyfriend I would later marry and quickly divorce. Stephen frequently confessed to me sordid exploits that even I was shocked by. Richard had sworn off love and sex altogether. We were deeply flawed, unhappy people with lousy lives.”

I know that I was a wiseass kid. I know that I still have a streak of that in me. But I’ve also grown more compassionate and understanding of strangers, and attempt to put myself in their shoes instead of demonizing them. In fact, the only time you’ll see me get a bit agitated in the comments section of this site is when a stranger has taken absolutely no pains to try to understand ME – and resorts to insults, name-calling, or merely asserting that I’m wrong.

So, please, read this short piece about looking down on others and try to look at your fellow citizens through a prism of compassion, instead of scorn.