Why Bailing and Flaking Remains Shitty Behavior – Despite What Some Say 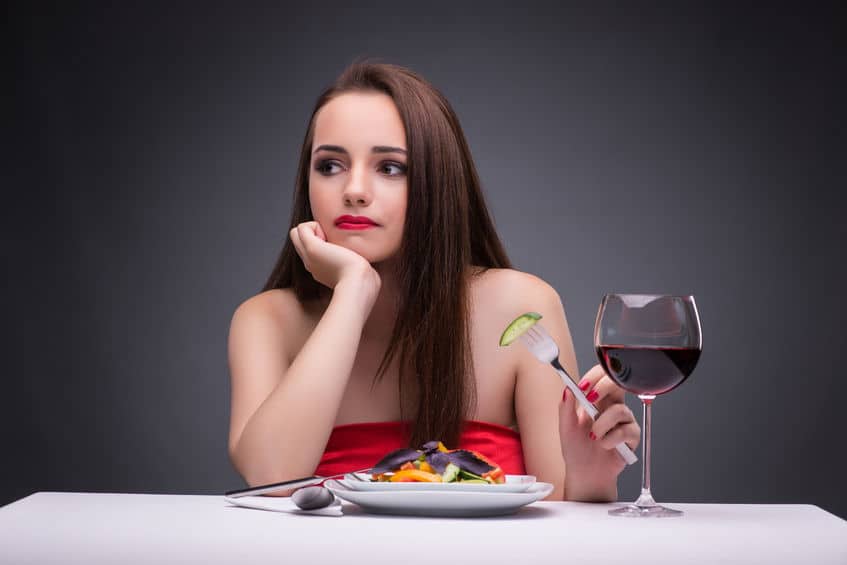 When I first moved to California at age 24, I took a job at CAA,  one of the top talent agencies in the world. Assistants were almost always overworked, underpaid, and trying to plot their rise to the top of the entertainment world. Networking was paramount, and, well, I wasn’t very good at it. Early in my  tenure working for a TV agent, I recall making Friday night plans with an assistant at a production company, only to learn that he was canceling a half-hour before I was about to leave. When I pressed him for a reason for his last-minute change of heart,  all he could say was: “I don’t know. I just don’t feel like going out. What are you making such a big deal about?”

My big deal was that I was stuck home alone because  he changed  his mind on a whim. Where I’m from, that’s not cool. In his version of events,  he wasn’t inconsiderate and flaky; I was  an uptight New Yorker holding his feet to the fire for no reason. He did nothing wrong; I should just chill.

It’s not much of a story, but it’s the first time it was seared into my brain that different regions place different values on one’s word. In New York, you say you’re going to do something, you do it, unless there’s a death in the family. After over 20 years in California, I’ve learned that people routinely say yes to things they have no intention of attending and  often double book plans to choose the option they like best. Thus, “plans” are rarely written in pen, but traced out in pencil, open to change at any time.

Enter David Brooks, one of my favorite cultural commentators –  an eminently reasonable, moral and moderate man, who wrote this piece about “bailing.”

“Bailing is one of the defining acts of the current moment because it stands at the nexus of so many larger trends: the ambiguity of modern social relationships, the fraying of commitments, what my friend Hayley Darden calls the ethic of flexibility ushered in by smartphone apps – not to mention the decline of civilization, the collapse of morality and the ruination of all we hold dear.

Bailing begins with a certain psychological malady, with a person who has an ephemeral enthusiasm for other people but a limited self-knowledge about his or her own future desires. In the abstract, the offer to meet up with an interesting person seems great, or at least marginally interesting. The people pleaser wants to make everybody happy so says yes to every invitation, with the unconscious knowledge that he can back out later.”

The bailer thinks this is a victimless crime, but it’s not.

My wife and I once planned to throw a Valentine’s Day cocktail party with friends and sent out an Evite to maybe 20 couples. After only 4 RSVPd yes, we decided we’d turn it into a dinner party and, instead of drinks, we made an exquisite three-course meal for our guests. Right before dessert, two hours after the dinner party started, one notoriously flaky couple showed up, completely unaware that they were walking in on a dinner party they were not expected to attend. After all, they didn’t RSVP the first time and didn’t pay attention to the follow-up change of plans. Awkward.

Not that I think I’m changing society with these moral screeds against flaky people, but I kind of liked the  three moral hurdles  Brooks lays out to make bailing acceptable.

“First, is it for a good reason (your kids unexpectedly need you, a new kidney became available for your transplant) or is it for a bad reason (you’re tired, you want to be alone)?

Second, did you bail well (sending an honest text, offering another date to get together) or did you bail selfishly (ghosting, talking about how busy your life is, as if you were the only person who matters)?

Third, did you really think about the impact on the other person? (I’ve learned it’s almost always a mistake to bail on somebody’s life event – wedding, birthday party, funeral – on the grounds that your absence won’t be noticed.)”

I concur with Brooks that the smartphone makes all plans disposable. When flaking is as easy as ignoring an Evite update, changing your status from Maybe to No on Facebook Events, or sending a quick, impersonal text that says “Sorry, can’t make it!” we’ve taken all of the sting out of face-to-face (or at least voice-to-voice) interactions.

After 21 years in California, I have finally adjusted. People here are still as flaky as ever. (“We should totally hang out!” means as much as “We should totally  create world peace!”) The only difference between 24-year-old me and 45-year-old me is that the younger version got mad and took things personally, where the older one just relegates flaky people to acquaintance status without a word.

Are you a bailer who overcommits? Or are you the person who gets flaked upon? Please share your thoughts in the comments section below.

This website uses cookies to improve your experience while you navigate through the website. Out of these, the cookies that are categorized as necessary are stored on your browser as they are essential for the working of basic functionalities of the website. We also use third-party cookies that help us analyze and understand how you use this website. These cookies will be stored in your browser only with your consent. You also have the option to opt-out of these cookies. But opting out of some of these cookies may affect your browsing experience.
Necessary Always Enabled
Necessary cookies are absolutely essential for the website to function properly. These cookies ensure basic functionalities and security features of the website, anonymously.
Functional
Functional cookies help to perform certain functionalities like sharing the content of the website on social media platforms, collect feedbacks, and other third-party features.
Performance
Performance cookies are used to understand and analyze the key performance indexes of the website which helps in delivering a better user experience for the visitors.
Analytics
Analytical cookies are used to understand how visitors interact with the website. These cookies help provide information on metrics the number of visitors, bounce rate, traffic source, etc.
Advertisement
Advertisement cookies are used to provide visitors with relevant ads and marketing campaigns. These cookies track visitors across websites and collect information to provide customized ads.
Others
Other uncategorized cookies are those that are being analyzed and have not been classified into a category as yet.
SAVE & ACCEPT
1 Shares
Tweet
Share1