Am I the Crazy Overprotective Friend or Can a Man Completely Transform in 6 Months? 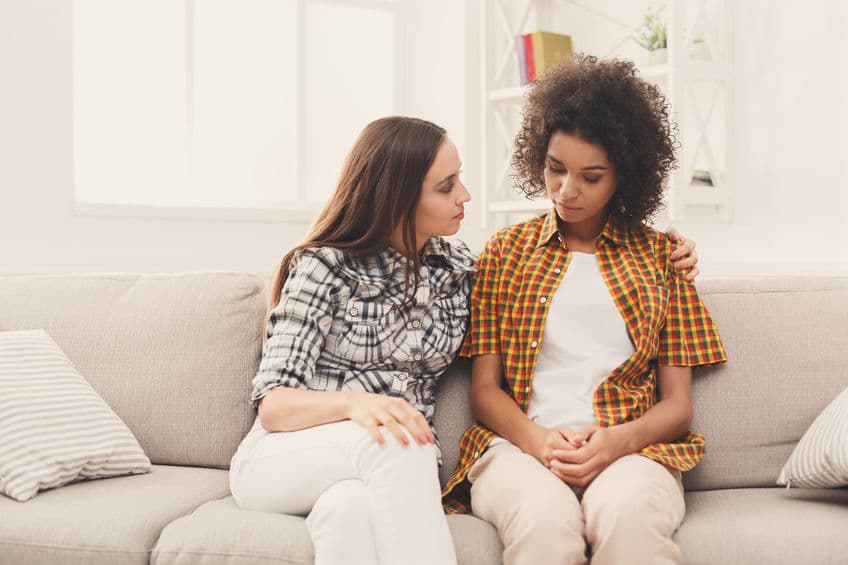 I have been following your blog for years and it has led me to meet an amazing man who makes me very happy – so thank you for that! I am writing today to ask you about how to help a close friend of mine. She is dating a guy who has a history of not so stellar behavior.

They broke up twice before when he cheated/disappeared to meet his ex on the other side of the country. My friend is gorgeous, smart and very put together while on the other hand this guy in every category is far beneath her. I saw how heartbroken she was after the last two breakups so it surprised me when she sprung it on us a few months back that they got back together.

I have tried to express some of the advice you have given in your blogs because she really deserves to be loved and respected in a relationship, but she tells me that she pushed him before and he is really a good guy and treats her well now.

Am I the crazy overprotective friend to be worried? Is it possible for him to have transformed in 6 months after their last breakup? Each time they dated before it lasted a couple of months but this time they have been together for almost a year now.

Congratulations on your success and happiness, Sadsis. Glad I was able to help.

As for your friend, it’s impossible for me to offer any definitive answer.

After all, she didn’t write to me.

Not only that, but she’s not complaining about her boyfriend’s current behavior. You are.

That doesn’t mean you’re a crazy, overprotective friend. It just means you’re a friend, you want what’s best for her, and you worry that she’s too close to the situation to see it objectively. Your heart is in the right place.

Without any information beyond what you provided, I’d offer this disclaimer: my advice always leans towards the middle. I follow patterns and data and extrapolate them to apply to my readers and clients. Most of the time, I’m right. The rules apply more than the exceptions to the rules. That doesn’t mean there aren’t exceptions.

You want what’s best for her, and you worry that she’s too close to the situation to see it objectively.

Hillary had an 86% chance of winning the election. She didn’t win the election. That doesn’t mean the polls were wrong. It means that the other 14% came up.

So if you’re going to pass along any information from me to your friend, let it be this:

She’s hoping that she’s an exception to the rule. Chances are, she won’t be.

Among the best predictors of future divorce are:

So, is it possible that your friend and her guy are going to live happily ever after? In the realm that anything is possible, yes.

She’s going to have to make her own mistakes.

Is it probable they’re going to live happily ever after?

I wouldn’t bet on it.

I’m not sure there’s much you can do except offer cautious words of wisdom and support. She’s going to have to make her own mistakes. But if she’s in her mid-late 30’s, wants kids and you feel really strongly that he’s a bad egg, I might stage an intervention. Then again, I’m not known for being the most tactful guy in the world, so take that for what you will.