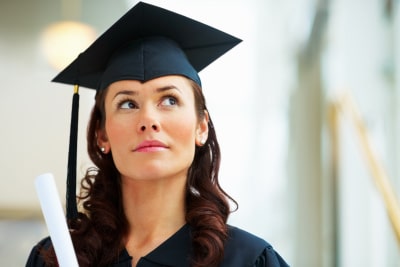 The belief that the future will be much better than the past and present is known as the optimism bias.

You might expect optimism to fade when confronted with the reality of 21st century dating: guys who don’t call after a great first date, relationships that fall apart after three months, marriage proposals that never materialize. The study concludes that we can become pessimistic about the general state of things, but privately, optimism about our own futures remains intact. Even hearing that the odds of divorce are almost 1 in 2 tends not to make us think that our own marriages may be destined to fail.

The extensive study used brain-imaging results to conclude that while healthy people expect the future to be slightly better than it ends up being, people with severe depression tend to be pessimistically biased: they expect things to be worse than they end up being. People with mild depression are relatively accurate when predicting future events. They see the world as it is.

Says Sharot, “A canceled flight is hardly tragic, but even when the incidents that befall us are the type of horrific events we never expected to encounter, we automatically seek evidence confirming that our misfortune is a blessing in disguise. No, we did not anticipate losing our job, being ill or getting a divorce, but when these incidents occur, we search for the upside. These experiences mature us, we think. They may lead to more fulfilling jobs and stable relationships in the future. Interpreting a misfortune in this way allows us to conclude that our sunny expectations were correct after all – things did work out for the best.”

According to social psychologist Leon Festinger, we reevaluate the options post-choice to reduce the tension that arises from making a difficult decision between equally desirable options. Without this, our lives might well be completely filled with second-guessing. Did we choose the right man? Should go back to our ex? We would find ourselves stuck, overcome by indecision and unable to move forward.

The article asks “How do we remain optimistic about dating while at the same time guarding against the pitfalls associated with being TOO optimistic?” What do you think? Looking forward to your comments.