Home > Blog > Dating > Do You Find You’re Attracted To The Wrong Men? 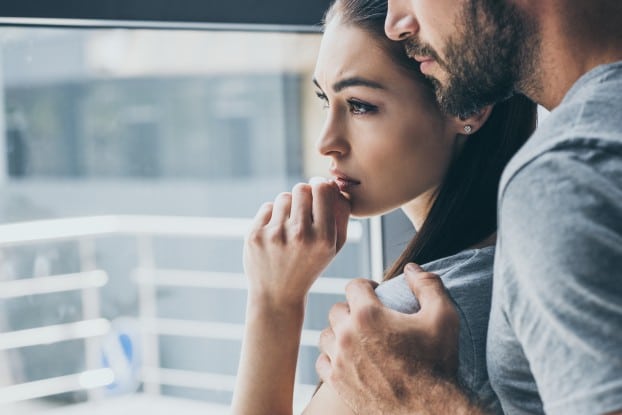 If so, keep reading, and you’ll see how simple it is to turn your love life around.

Click here to see how to work with me privately.

I love getting emails from you. I really do.

Because when you’re open with me, I’m open with you, and together, we can create magic.

I was reminded of the magic when I got a call from a private client.

She was telling me about how she’s always been a magnet for the wrong men.

Except there are two problems:

2) The alpha males that do like her have some serious issues. They’re workaholics. They’re selfish. They’re narcissistic. They don’t make her feel special. They’re unable to commit. They’re always trying to get their way.

In other words, they’re alpha males.

My client couldn’t help but be drawn to these guys even though she knew that these guys are toxic for her. “I can’t help what I’m attracted to”, she’d say.

But after 40 some-odd years of failure, she realized that something had to shift. Charisma is attractive, but if it’s not coupled with kindness and commitment, who really cares?

She finally started to open up to “nice guys”. And she’s starting to see the light.

Now, you probably know – and routinely reject – nice guys. Their greatest faults are these: they’re too easygoing, they’re always trying to please, they don’t seem manly enough, and they’re not going to put up an argument because they want you to be happy.

Contrast that with the flaws of the alpha male – who can be condescending, aloof, emotionally unavailable, commitment-phobic, and self-obsessed.

I know – but there’s this FEELING of ATTRACTION when you’re around an alpha male. And it draws you in every time. Why can’t one of these guys turn into your husband?

Well, you can never say never, but don’t you think that if alpha males were really good long-term prospects, you’d have landed one by now?

I want you to look back into your own dating history and replay all your most meaningful relationships.

If you’re anything like me, you’re at peace with your past. You can see why you dated certain people at certain times, but there’s really not anybody that you’d take back.

That’s the way it should be.

If you DO have someone you’d consider taking back, ask yourself if you’d take them back as they were – or would you take them back only in an idealized fantasy way?

Generally, you’d only be inclined to take the people back who DUMPED you. When your feelings are so strong, they don’t just disappear once the relationship ends.

I remember feeling like a couple of my girlfriends could walk on water. I would have done anything for them. But one dumped me after 6 months. The other dumped me after 3. And while both women were certainly impressive, I definitely overestimated them.

I want you to think about a person that you loved who hurt you. I’m not saying that this person is bad. I’m saying that you’ve given that person WAY too much credit.

First of all, your future spouse doesn’t DUMP you. Right there, that’s a character flaw. If relationships are about feeling safe and accepted, it’s hard to feel that when you’ve been dumped. You still might be in love, but that doesn’t mean that this is a good long-term prospect for you.

Second of all, your strong positive feelings usually cover up the negative ones. Which is how you could be genuinely in love with someone who is verbally abusive, who doesn’t call, who tells you how you need to change, and who isn’t emotionally available.

Looking back, if I had MARRIED some of the women that I THOUGHT I wanted to marry, I’d have ended up with partners who were selfish, jealous, temperamental, and judgmental.

I didn’t realize this until years later, when comparing them to my fiancé. Maybe I was less “whipped” on my fiancé, but she was far less selfish, jealous, temperamental and judgmental than my exes. In other words, she was a much better match for me.

When you’re insanely attracted to someone, you tend to ignore the bad qualities.

When you’re insanely attracted to someone, you tend to ignore the bad qualities.

And if you end up MARRYING that person out of attraction or lust, well, guess what – you’ve bought those bad qualities for life. Congratulations on your passionfest. Have fun fighting.

Believe it or not, I’m not here to tell you that all alpha males are jerks and commitmentphobes. I WILL tell you, however, that the alpha qualities that attract you are the very things that create conflict in your life. Alpha males assert their wills, work hard, play hard, like to conquer, and have enough ego to fuel a rocketship.

You have to be willing to be #2 with an alpha.

And if you’re not wired that way – if you’re looking for true equality – you’re a lot better off finding and appreciating a man who wants equality as well.

That would be the nice guy who doesn’t excite you as much.

Partnership is about finding someone who thinks YOU’RE worth sacrificing for. If you’re the one making all the sacrifices because he’s too stubborn or egomaniacal, you’re just going to build up a lot of resentment.

Attraction and chemistry are great relationship starters, but compatibility and compromise are the things that allow you to sustain it.

So instead of going for the short-term sugar high that always results in the same exact crash, start thinking of what’s healthiest for you in the long-run.

Chances are it’s not the guy you’re most “attracted” to.

It’s probably the guy you’re most compatible with.

Click here to learn how to find the RIGHT partner for you.

Here’s what other private coaching clients have gotten out of working with me. You could be next!

Thanks for following up on my relationship status. Things did not work out with David, the first man you helped me meet on JDate, but the night I broke up with him, I renewed my subscription. Within a month, I had met my beshert. All because you told me to never quit.

I am happier than I have ever been -I love my work and my love.”

Click here to get that healthy relationship you deserve!