Home > Blog > Dating > From Now On, You’ll Make No Mistakes 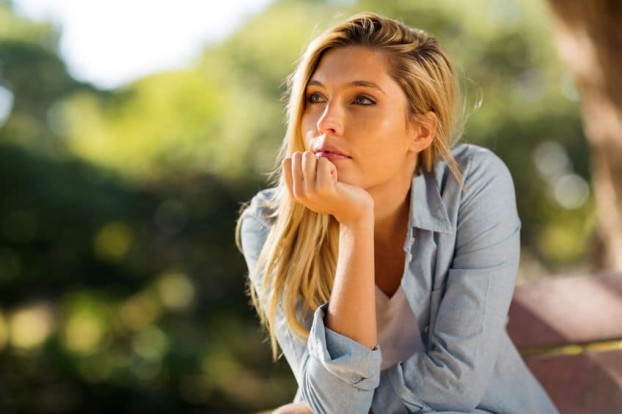 I have the privilege of talking to some pretty extraordinary women each day.

Maggie is 40, African-American, worldly, classy, and, by her own admission, not that great at the guy thing.

Susie is 37, thin, accomplished, smart, and very frustrated at how few men she finds interesting on Match.

And even though they live in different parts of the country, have different political outlooks (and skin colors), they asked me the same exact question last week:

But that doesn’t mean that it’s a well-founded one.

“First of all”, I pointed out, “you’re different than your currently married friends… Do you know how?”

It was quickly illustrated to me that most of these married women coupled up when they were in their mid to late twenties.

Those are really important years for personal growth and self-development.

So let’s get things really straight:

You can’t be jealous of your married friends unless you actually want to date their husbands.

You can’t be jealous of your married friends for having “figured it out” if they’re unhappily coupled up.

You can’t be afraid of making the same mistakes as your married friends, because you are not a naïve 24-year-old girl who is following her passion blindly and “just knows” that she and her husband have what it takes to make it forever.

That woman is now 40-years-old and having serious second thoughts about things.

Maybe she’s evolved as a person and he’s stayed the exact same way.

Maybe she thought that having kids would bring them closer and all it’s done is divide them even further.

Maybe her husband feels that he didn’t have enough experience with women because he married so young and he’s cheated on her.

These are all commonplace things that happen to young couples that don’t have the wisdom to make smart decisions that will last 40 years. You know the divorce percentage for couples that got married before 25 years old? 75%.

“So,” I tell Maggie and Susie, “it is literally IMPOSSIBLE for you to unlearn what you’ve learned since you’re 27-years-old. As such, you will certainly not stumble into a similar situation with a man.”

I’d swear I heard them sigh in relief.

“Furthermore,” I rumbled, in my best speechifying tone, “you have one other thing that your friends did not have… ME!”

They both laughed at my intentional self-aggrandizement.

But they didn’t dispute it.

“The entire point of our work together is to give you all the tools to make good decisions with men for the rest of your life. To show you how to market yourself online, how to be a great first date, how to understand men during the dating process, how to deal with sex and intimacy, how to play it cool when you’re feeling insecure, how to avoid wasting time with bad guys and how to invest in keepers… Once you understand all of this – once you learn the most effective practices for dealing with men – you will never, ever, EVER lay awake at night, wondering what happened and what you could have done differently. You literally CANNOT fail after working with me.”

Yeah, I believe in myself a little.

But it’s really not about me. It’s about Maggie. And Susie. And you.

Instead of being fearful that you’re going to end up in a bad marriage with the wrong guy, take heart that you have experience, you have wisdom, and you are going to make only good decisions with men from this day forward.

Your constant fears result in a self-fulfilling prophecy.

When it comes to dating, years of “failure” take their toll on your self-confidence. I get that – but most the time, your constant fears result in a self-fulfilling prophecy.

In chapter 4 of my book “Believe in Love,” I show you step-by-step how to overcome your irrational fears and self-sabotaging behavior.

You’re a smart, strong, successful, beautiful woman, and there are thousands of guys who would do ANYTHING to become your boyfriend.

You just need to believe it yourself.

The women who succeed in love are the ones who want it the most.

P.S. Marianne was very forthcoming with her thanks after reading Believe in Love:

Truly Evan, I have to thank you a million times!

Before I bought Believe in Love I was desperate, clueless and sad! After one not so good marriage and one long bad relationship, I had a few short relationships in between and have been through men that really sucked, alcoholics, one psychopath and the other mentally ill or emotionally disturbed in other ways. The latest relationship almost broke me financially as well. I couldn’t figure out why I picked those men and really I thought it was my fault alone. At 50 I realized I didn’t want to live alone, but to live with such men was not an option either. I tried hard to find a new man, but the good ones just disappeared or didn’t really step up.

At the lowest I found myself buying in on a man that ultimately from the beginning said he wouldn’t marry nor did he like me that way. It crashed of course. So, heartbroken (again) and at the lowest point in myself esteem I realized something has to change big time.

I went online found you and started to listen. I realized that I had done lots of mistakes and probably drove any sane man away with my desperate, controlling and over doing attitude. After all, I am a business woman with drive and I know what I want and how to get it. I also knew that I am a catch, warm, sensitive and kind, but nothing of that came through. So, after listening to your e-books and interviews I changed my profile online.

One week after that, I meet a man, CEO at a big company, a man with drive but still with a gentle heart and big love for his family. I used your advice and leaned back and let him drive. I truly was the best myself and let the rest up to him and the universe. I let go of the needy stuff and trusted in the process. And, sure enough I got a new date with him and the next one too. He says he loves the way I make him feel. He likes me and so far so good!

Of course I have days that scare me, when he is silent and I get desperate and think the worst. But then I listen to you again and your soothing voice and advice makes me feel calm and confident again. And I know that he would be crazy not to have me cause I am a catch and he can’t find anyone like me.

Today he is planning my birthday as it is coming up next week and he is so sweet and endearing in doing this so I can’t help myself feeling big love for him. It has been almost two months now so I am still working with your advice and trying not to destroy this good thing, but sometimes you just have to go with the moment and just be there. The only thing we can be sure on is now and here!

I feel so good! Best in many, many years! And the best of all is that you gave me hope in life back!