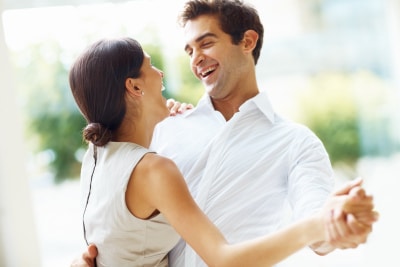 I have been in an exclusive relationship with a man for 6 months now. He has shown up in every way AND more. I had major surgery and he stood by me, slept in the hospital, and took care of me at my worst for my 3-week recovery. He just took me on our first trip away. He wants to see me every day and I love that.

Basically though, I was blindsided the other day because after everything, he said that I am not his “girlfriend” and he doesn’t want the expectations that come with the title. Yet he says all the important people in his life know about us (family, close friends, few of which he has) and that he doesn’t want to be with anyone else. I asked what would change with the title? We already have exactly what a relationship is and he “checks in” with me even though I don’t ask that of him.

He tells me to please be patient, that he’s never been with a woman like me, one who trusts and loves unconditionally and makes him feel good when he’s with me, yet he says he’s not with me with the whole girlfriend/boyfriend thing! I don’t know if I should wait and see, since what we have is basically the committed relationship — until he made the comment that I m not his girlfriend, everything was great. Or should I move on at this point? Even his friends address me as his girlfriend and he doesn’t correct them, so why can’t he say the words to me? Yes, we are exclusive, and everything seemed and felt right, but I feel like he negated everything we have had now and feel like maybe I shouldn’t trust him. I hope you can answer! Thank you! —Kris

I’ll admit it. I don’t get men like this.

It doesn’t matter what an amazing guy he is if he’s told you things like “I never want to be married,” “I’m too busy for a relationship,” or “I’m not looking for anything serious.”

If he’s acting like a boyfriend, what’s the harm of calling you his girlfriend?

Beats the hell out of me.

And I can understand why it’s mystifying and why you’d be tempted to run.

Personally, I’m of two minds about the whole thing. Which is why I can’t weigh in all that heavily and tell you exactly what to do. But I hope to lay out the pros and the cons for you so that you can make an informed decision on your own, okay?

Cons: One of my dating credos is “believe the negative, ignore the positive”. In other words, it doesn’t matter what an amazing guy he is if he’s told you things like “I never want to be married,” “I’m too busy for a relationship,” “I’m not looking for anything serious,” and so on.

Women waste years on men who said they want a casual relationship on their terms only – and then claim to be shocked when it turns out he was telling the truth.

Next, I’m a big believer that good men do whatever it takes (within reason) to make their partners happy. Sometimes it’s sleeping at the hospital or taking care of your dog or fixing your car. And sometimes, it’s saying “I love you” or referring to you as his girlfriend, just because it makes you feel safe.

And if I have one big opposition to this man’s behavior, it’s that he’s standing on some sort of principle, putting his needs above yours, and refusing to take the very simple step of calling a spade a spade: yes, you’re his girlfriend.”

Add in the fact that “he doesn’t want the expectations that come with the title,” and, well, this is the one thing that I’m not sure I’d be able to get past if I were you.

I’m a big believer that good men do whatever it takes (within reason) to make their partners happy.

Which is what brings me to the Pros. In your words:

Exclusive relationship with a man for 6 months now. Has shown up in every way AND more. I had major surgery and he stood by me, slept in the hospital, and took care of me at my worst for my 3-week recovery. He just took me on our first trip away. He wants to see me every day and I love that.
He tells me that he’s never been with a woman like me, one who trusts and loves unconditionally and makes him feel good when he’s with me.

Those are no small feats, in a world where you consistently hear about the lack of good men. Those things are the foundation of your six month relationship and the reason that you’re agonizing over this man who claims not to be your boyfriend.

And I must say: it’s entirely possible that he’s acting in full integrity, letting you know that he’s afraid of hurting you, that he wants to go slow and choose wisely, and that he really does value you and your relationship. He wants to be judged for his actions, not his words.

So what do you do, Kris?

I’d have this conversation with him. Try to get it on the table. Not to negotiate for the title of girlfriend, but to fully understand why it’s so important for him to reject the title and the responsibilities when he’s already acting like a full boyfriend to you. Make it clear that you’re trying to understand him and let him know that he wouldn’t have to do anything different, but that it would make you very happy if you could feel safe in knowing that he was your boyfriend.

And if, after this conversation, he can’t give you this nominal gift of safety, I would highly consider moving on to a man who has the ability to step up and make you feel safe.

It’s not that this is a bad guy at all, but rather that you might be waiting your whole life to hear some words that shouldn’t cost all that much to say.