How Do You Know If He’s Ready for Marriage BEFORE You Get Involved? 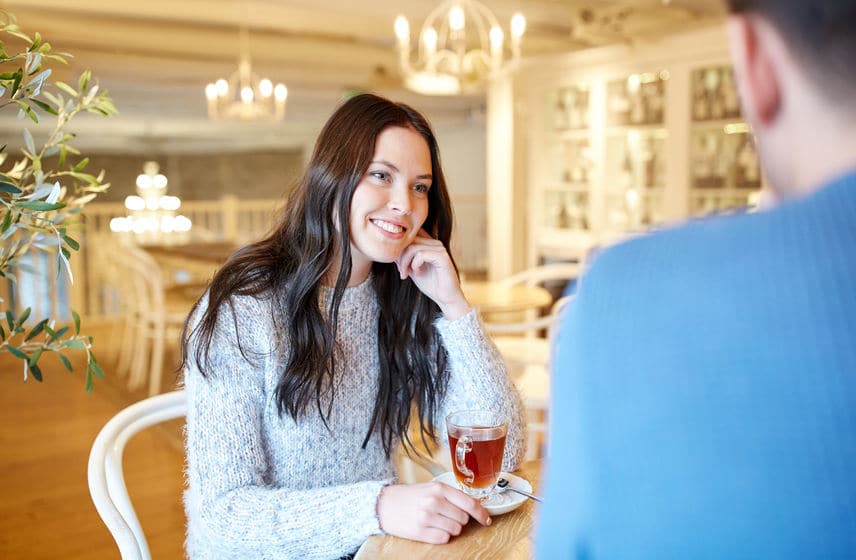 I am a 30 years old woman recently out of a 2 year relationship. I hope to get married and have a family. I don’t want to be in another LONG term relationship without a possibility of marriage or finding out too late that the guy is just not ready for marriage.

So, how do you find out BEFORE you start a relationship with a guy 1. is he at a point of his life when he is ready to get married? 2. if he sees marriage potential with you?

I know that you don’t want to bring up the “question” or bring up commitment. But is there a way to find these important facts BEFORE you get involved with someone? Or would you just make the guy run away…..

Also, would you specify on the profile interested in “marriage and children” only (as you do on your profile), or would you also list “long term relationship”?

There’s a fine line that you have to walk in any romantic relationship. Especially early on. You want to be vulnerable, yet you’re trying to play it cool. You want to show that you’re interested, but never want to act like you’re needy. You know that true love means being real, but that being real can sometimes scare people away.

Whether we acknowledge them or not, these paradoxes exist. And whenever you’re dealing with something that is inherently contradictory, there is no easy answer. Human nature is far too complex, and people are rarely even in touch with how they feel themselves.

Consider the philosophical differences between the serial monogamist and the serial dater. You don’t have to guess which one I am.

I’m a guy who has always broken up with women I didn’t intend to marry after three months. It’s not that I wasn’t content in those relationships, but rather, that I felt that it was a) unfair to her if I already knew I didn’t have long-term intentions and b) unfair to me, because every day I spent with her was a day I wasn’t looking for my future wife. Strangely, I’ve always been proud of my spotty track record — as if it was a badge of honor to pull the plug quickly, if only for the sake of integrity.

On the other hand, my girlfriend has had a series of long term relationships. Three years, five years, two years. One of them, she actually married. Did she stay too long in the others? Did she know, at any point, that they were doomed to fail? It’s not my place to say.

What I am saying is that nobody wants to waste time on a relationship, but everybody has a different definition of what “wasted” time is….

Two very reasonable people might have completely different views on what is at stake in a relationship. He might think that spending a year with someone he has no intention of marrying is cool. You might think it’s selfish. There’s no right and wrong.

What you’re looking for is a method to gauge things about men that they probably don’t even know themselves. I think we all have friends who are in serious relationships — 2 years plus — and still aren’t positive they want to get married. So if you think you can figure out after a few months what a guy doesn’t know after a few years, let me know the trick.

All you can do is pay attention to the signs — a guy who won’t say he loves you, a guy who never talks about a future, a guy who has no interest in having kids… these things can tip you off. But only you can know when it’s time to cut bait with a guy who won’t step up to the plate. Being the “cool girl” is a valuable skill, but don’t take it so far that you’re costing yourself three quality years of your life.

This website uses cookies to improve your experience while you navigate through the website. Out of these, the cookies that are categorized as necessary are stored on your browser as they are essential for the working of basic functionalities of the website. We also use third-party cookies that help us analyze and understand how you use this website. These cookies will be stored in your browser only with your consent. You also have the option to opt-out of these cookies. But opting out of some of these cookies may affect your browsing experience.
Necessary Always Enabled
Necessary cookies are absolutely essential for the website to function properly. These cookies ensure basic functionalities and security features of the website, anonymously.
Functional
Functional cookies help to perform certain functionalities like sharing the content of the website on social media platforms, collect feedbacks, and other third-party features.
Performance
Performance cookies are used to understand and analyze the key performance indexes of the website which helps in delivering a better user experience for the visitors.
Analytics
Analytical cookies are used to understand how visitors interact with the website. These cookies help provide information on metrics the number of visitors, bounce rate, traffic source, etc.
Advertisement
Advertisement cookies are used to provide visitors with relevant ads and marketing campaigns. These cookies track visitors across websites and collect information to provide customized ads.
Others
Other uncategorized cookies are those that are being analyzed and have not been classified into a category as yet.
SAVE & ACCEPT
152 Shares
Tweet
Share152