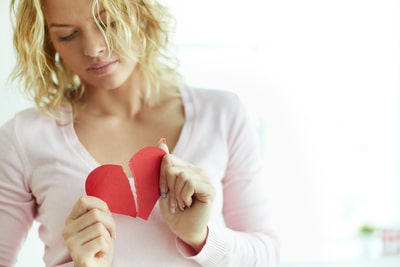 I am a professional at rejection and failure.

That is no joke. If I’m ever allowed to leave the house again, I’m going to give corporate speeches on this very subject.

I was a virgin until college.

I wrote a dozen screenplays and fifteen sitcoms and made less than $10,000 in my Hollywood writing career.

I went out with over 300 women before meeting my wife.

I got fired four times from JDate.

I went out with over 300 women before meeting my wife.

I have gone through 6 assistants and 6 tech teams in the past four years.

These are all GREAT stories, by the way! It’s essentially the tale of my entire life. The reason I share them with you is not to make myself look good, but to point out that, for some reason, I’ve been fortunate enough to have a growth mindset, rather than a fixed mindset. With a fixed mindset, if you try something and fail, that means you are a failure and shouldn’t try it anymore. With a growth mindset, if you try something and fail it means you keep trying until you get it right. Some of my favorite quotes:

“What would you do if you knew you could not fail?”
“The road to success is paved with failure.” (also a great little book about celebrity failures)
“I haven’t failed. I just found 10,000 ways that don’t work.” – Thomas Edison

Which brings me to today’s link “I Got Rejected 101 Times,” written by a woman who sought to accumulate 101 rejections. Said Angela Duckworth, the author of “Grit: The Power and Passion of Perseverance,” the author was doing “exposure therapy”— making myself more comfortable with failure to reduce my fear of it. It was a relief, sitting at my desk, scrolling through the same inbox that contained messages like “not at this time,” “not a fit” and “unfortunately,” to see an expert in tenacity and achievement say that all this rejection was actually helpful. She argues that grit is more important than innate talent when it comes to success. So I kept at it.

It’s the middle of December and I have 101 rejections and 39 acceptances. I’m so tired, and that’s how I know I did it right. If I weren’t exhausted, it would mean I’d just spent the last year asking for things without putting in the work to earn them. To me, there’s nothing more off-putting than entitlement.

Yup. Substitute dating for job hunting and it’s the same story. Everyone thinks her situation is unique. Men with shitty profiles. Unattractive men. “The men in my area!” Men looking for younger women. Men who text and don’t follow through. There’s nothing unique about your situation. The question is whether you’re going to move forward or stand still.

Those who keep trying are the ones who eventually get what they want.

Your thoughts on failure, rejection and perseverance are greatly appreciated.