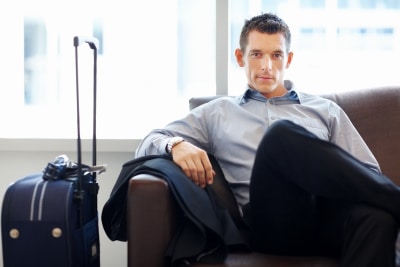 I know it’s happened to you before.

You had a relationship that was next-to-perfect.

Your amazing boyfriend possessed almost everything on your wishlist.

He was attractive, he was smart, he was successful.
He was thoughtful, he was fun, he was great in bed.
He was interesting, he was sensitive, he was kind.

Then why did the relationship fall apart? Why couldn’t you make it work with him?

My client, Jennifer, is a smart, successful and sexy woman in her mid-50’s. She’s coming off of a roller-coaster dating experience that has left her confused and heartbroken. I’m sure you can relate.

After joining my Inner Circle, Jennifer, was excited to have attracted a different kind of guy. She was done with the slick, wealthy, charmers who’d loved her and left her before. Her new boyfriend had all the signs of being a keeper.

He took down his profile and offered to be exclusive.
He called her consistently to make plans.
He emailed and texted multiple times a day.
He introduced her to his friends and met her family.

If you let your disappointments shade your view of relationships, you may be inadvertently sabotaging yourself.

These are the hallmarks of an interested man. Except you already know that I wouldn’t be telling you this story if it had a happy ending.

Out of nowhere, this guy went POOF, into the night. He did a complete 180 about his willingness to be part of a couple, and didn’t bother to justify it with an explanation.

What is there to learn from this scenario?

First of all, Jennifer can take heart in that she is not at all responsible for this man’s sudden departure. As a woman who read Why He Disappeared, did the Inner Circle, AND took my Romance Course, she handled herself PERFECTLY.

Your takeaway from this blog post is to not let this man’s sudden departure change ANYTHING about how you date.

Let’s start by looking at what’s attractive IN men:

Independent — He’s got a life outside of you. He’s passionate about his work, he’s successful at it, and he’s cultivated interests and friendships that predate you. He makes you a priority, but doesn’t drop his entire existence because you came into the picture. You respect his need for balance and the attention he gives to family and friends. Most importantly you love that, despite his interests, the right guy ALWAYS makes time for you.

Emotionally Intelligent — He’s been in relationships before. He’s loved. He’s lost. He has a serious ex-girlfriend or wife in his past about whom he speaks highly. He has a few exes who fare less well. But he knows that these women have nothing to do with you. You are a unique individual with her own complex set of experiences and needs. And no matter whether his last relationship dumped him, cheated on him, or took half his money, he doesn’t hold any of it against YOU.

Confident — He knows how to treat a woman. He’s generous with the tab. He’s charismatic when he tells a story. He doesn’t spend any time agonizing as to whether he’s “doing okay” on the date, or wondering “where this is going” or “if you’re seeing anybody else”. He doesn’t need to pressure you into a relationship. He knows that he’s good enough and trusts that you’re going to respond to him.

We can go on, of course, but this is a great place to start: independent, emotionally intelligent, confident.

So if what is attractive IN men is also what’s attractive TO men, how can you be at your most attractive to the men you desire?

Apply the same lessons that men should apply and you’re on the right track.

If you’re an independent woman, don’t drop everything for a charismatic stranger. Don’t cancel plans with your other friends. Don’t instantly stop dating other guys on Match.com. Don’t leave Friday night open in hopes that he may contact you. By continuing to live your life, you become more attractive, and a little less accessible, which means a man has to work a bit harder to win you over. This is a good thing.

(By the way, there is a fine line between “continuing to live your life” and “being so busy that a guy can’t book a date with you until July”. My point is that you shouldn’t emotionally “drop everything” until it’s very clear that a man has earned boyfriend status. It’s easy to do this the second you get excited about a guy. Don’t.)

There is a fine line between “continuing to live your life” and “being so busy that a guy can’t book a date with you until July”.

If you’re committed to being emotionally intelligent about relationships, you know that the next guy has nothing to do with the last guy. You don’t go into a date looking for signs that there’s something wrong with him. You don’t try to figure out your future after 3 dates. You know that dating is a process that has to be honored organically, and that you’re going to fare much better when you learn to make each night the most fun it can be. Because that’s what men respond to on a date: fun.

And if you’re truly confident in yourself, you will be amazed at how men respond to you. By embracing your feminine energy, you know that YOU are the gatekeeper to great dates and that YOU can bring out the best in every single man. Which means you’ll never have to wonder where you stand; in fact, your inner confidence will radiate that it’s up to YOU to decide if HE gets to see you again. What an amazing paradigm shift, especially if you’re a woman who sometimes gets nervous around the most impressive men.

It’s easy to find fault with men who pull a 6-week Houdini act, like Jennifer’s “boyfriend”, but the truth is, Jennifer just saved herself a TON of time. Imagine if he’d pulled this stuff after 6 months, or 2 years. THIS is his way of handling conflicts: disappearing.

Well, good riddance, buddy! Don’t let the door hit your ass on the way out!

Your strongest move after such an incident is to be like the attractive man: independent, emotionally, intelligent, and confident.

Keep living your life.
Get RIGHT back on your dating site.
Don’t get too excited at each promising prospect.
Don’t worry about whether each guy has a future. That’s up to YOU.
And have FUN, because if you have fun, HE’LL have fun.
And if HE has fun, he’s always going to come back for more.

(Unless he’s a disappearing jerk, in which case you don’t want him anyway. :-))