Why You Choose The Wrong Partner (Again and Again) 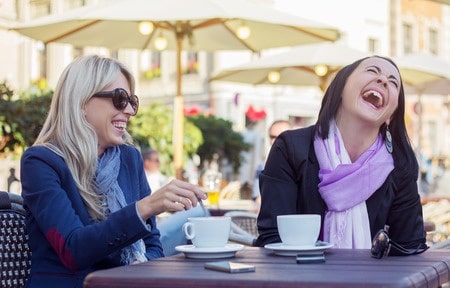 Since this has already been shared 46,000 times, I wouldn’t be surprised if you’ve seen it on your Facebook newsfeed before. I have, and it remains a great read.

It does in one blog post what I’ve done in about 1000 of them – explain to you how to make healthier relationship choices using common sense, reason, and long-term thinking. The author’s basic thesis is this: “Picking a life partner is fully in your control, so it’s critical to make yourself entirely clear on how big a deal the decision really is and to thoroughly analyze the most important factors in making it…So given that this is by far the most important thing in life to get right, how is it possible that so many good, smart, otherwise-logical people end up choosing a life partnership that leaves them dissatisfied and unhappy?”

People tend to be bad at knowing what they want from a relationship.

Yup. We think it’s all about common interests, but it’s really about how well you can make decisions as a team for 40 years. I’ll bet you’re not thinking about that when you’re reading an online dating profile or hooking up after a second date.

What does your life look like when you’ve run out of old stories to tell and new sex positions to try?

Society encourages us to stay uneducated and let romance be our guide.

Disney. Women’s magazines. Eat, Pray, Love. You name it: all of them feed into the fantasy element of love, and spend precious little time on the reality of marriage: what does your life look like when you’ve run out of old stories to tell and new sex positions to try?

Society places a stigma on  intelligently expanding our search for potential partners.

Never settle. That’s what they tell you. But I’ll be the first to tell you that settling and compromising are the exact same thing. The only difference is how you feel about it afterwards. Those who compromised into lasting love are thrilled. The question is what you’re compromising on. Height, weight, age, income, education, religion, common interests: compromise! Kindness, character, commitment, communication, no compromise!

Statistically, you’re far more likely to remain married if you choose your partner after the age of 30 than before the age of 25. You’ll be wiser, more experienced, more realistic, more financially secure, and so on. Who among us is not a better person than we were five years ago? So start taking your love life seriously at 30, get married at 35, and you’ll still have time to have the two kids you wanted. The common alternative: marry a guy when you’re 24, have kids at 26, and get divorced at 31.

Click here to read the whole piece and let me know what resonates most with you.