Would You Rather Meet Out or Get Picked Up For a First Date? 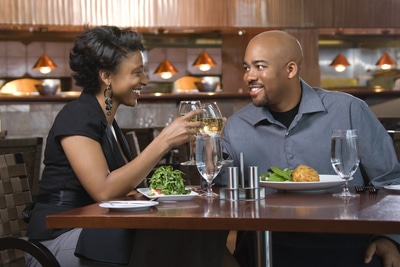 This latest report from DatingAdvice.com doesn’t surprise me, but it does disappoint me a little.

Money quote: “Three out of four American men and women, regardless of race, sexual preference, marital status, with incomes between $25-125K, and over age 34 said they prefer meeting somewhere for a first date rather than be picked up.”

What can I say? I’m a traditionalist. Despite my advocacy of online dating, I’m a firm believer that dating used to be better. You’ve probably said it yourself: “I miss getting to know someone organically, through work or mutual friends. And then, as we get to know each other, we feel a spark, and he asks me out for a highly anticipated first date.” This, for most people, is organic dating. When you get to know a guy through repeated interactions, you feel comfortable enough to let him pick you up and take you out on a proper date. He gets to demonstrate his punctuality, thoughtfulness, chivalrousness – and maybe even get you back to your place after the date if he’s lucky. Now THAT’s a date.

When you get to know a guy through repeated interactions, you feel comfortable enough to let him pick you up and take you out on a proper date.

But because dating is fraught with failure – especially online dating – people have gone to the OTHER end of the spectrum. Instant gratification. Let’s meet as quickly as possibly for a no pressure, no cost, no intimacy date for forty-five minutes at a coffee shop to see if we have chemistry.

And then you wonder why dating sucks. You’re not dating the way that you really want to date!

You want to get dressed up, not meet right after work.
You want to do it on a Saturday night, when you don’t have to wake up early the next morning.
You want to do it with a few drinks, not a Jamba Juice.
You want to create the possibility of intimacy, which is pretty hard to achieve at 2:30pm in the plastic chairs outside Starbucks.

In short, by meeting out, you’ve taken all of the fun, excitement, chivalrousness, and romance out of dating. You’re going into the date, assuming failure and looking for an exit strategy, instead of spending a week building up a level of trust and rapport before your big date.

Which just goes to show: just because 73% of people agree on something doesn’t mean that they’re right.

In short, by meeting out, you’ve taken all of the fun, excitement, chivalrousness, and romance out of dating.

Oh, and one other preemptive strike: Please don’t make this post about safety. Fact is: the men who are most likely to become stalkers are the ones whom you’ve dated more than once. Which is to say that a crazy guy is not going to reveal he’s crazy until later on down the road, when he already has your address, has slept with you or is your boyfriend. If you actually have a personal story about how a guy forced his way into your house on a first date, I’m sincerely sorry. Otherwise, let’s keep this discussion about the actual virtues of meeting at a restaurant or getting picked up at your home. Thanks.

Maybe you thought looking for love would be easier now that you’re older, wiser and have your career and finances …