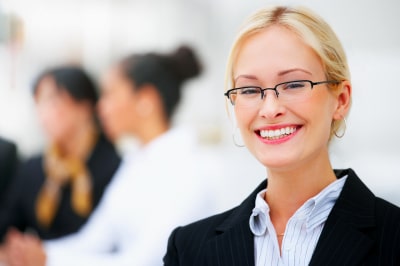 Hi Evan, I recently purchased your e-book, “Why He Disappeared,” but I wanted to ask you a personal question! I grew up with very strict parents and my father was abusive physically and verbally towards my mother; growing up I was very submissive. Although confident and outgoing I could be quite timid – as a result throughout my adult life I would meet men who would generally treat me like crap and, as anyone would, I feared going out with aggressive men – but as soon as I hit my 30s I changed and became a strong, independent woman.

I’m confident, self sufficient and can be very direct. If I don’t like someone/something, I tell them! I think this all stems from not having a voice as a child (not being allowed to have an opinion,) and I carried this through until I hit 30. I’m now 36, and my worry is: I don’t know how to show my “softer” side when I meet men! Straight away I get the “you don’t seem like you need a man.” But, with men who are willing to date me, very quickly (after a few weeks) it becomes clear that I’m not as confident as I appear (and I do tell them that in the beginning.) They say things like “wow – you’re a pussycat and really caring.” Which I am! Evan, can you help?

I don’t know how to switch off/tone down my confident side when I’m with a man that I’ve just met. I want to be a little more submissive so that he feels like he’s in control and I’m more of a woman, one that he feels he can protect and look after. I must have this guard up that I’m completely not aware of that says to men “back off! I don’t need you, I have my own money, business, home and I’m doing just fine, thank you!” I don’t WANT to send these signals. Yes, I’m doing OK, but I still want the Alpha male who will protect and look after me when required . How do I bring out the softer side at the attraction stage? Please, can you help? Thanks, Sian

I was on the phone with one of my Inner Circle clients last week (the Inner Circle is intimate small-group coaching that I do for women on a bi-weekly basis).

If you say whatever is on your mind, don’t wonder why men pull away.

Natalie is in her early 60’s, divorced for many years, and has a tough, no-nonsense exterior. The second I got on the phone with her, I knew that we’d either be a match made in heaven…or a match made in hell. See, after 7 years of being a dating coach, I can pretty much tell you if I can get along with — and help — any given woman. If I can’t, I don’t bother to work with her; it’s not worth her time and investment to hire me if she’s going to consistently argue with me and ignore all of my suggestions to her.

Anyway, I told this very thing to Nancy on the phone.

Natalie told me that she’s made so many mistakes with men and that she just can’t HELP herself. She says whatever’s on her mind and then wonders why men pull away.

I covered this territory thoroughly in Why He Disappeared. Women want to be able to speak their minds without being censored; yet they go ballistic when men speak their own unadulterated thoughts:

“You should grow your hair out.” “You look heavier than your photo.” “I’m just getting out of rehab.” “You want to have casual sex?”

As a woman, you might not think you’re doing the same thing, but you are. And usually it’s because you feel you have the right to just be HONEST.

Don’t sabotage any chance of making a connection by offering criticisms and incompatibilities when you should just be FLIRTING.

Like my client, Bonnie, who wrote in a first email to a guy online last week: “I like you better without your beard than with it.” And, to another man, “I noticed you like going to church. I’m not very religious, so if you’re not comfortable with this, let me know.”

The way Bonnie sees it, she’s “saving time” by getting answers now. But she’s really not, because she’s sabotaging any chance of making a connection by offering criticisms and incompatibilities when she should just be FLIRTING and making him FEEL GOOD.

If I said to a first date, “I want Jewish children. How do you feel about this?” it would be a tense, awkward, non-starter of a conversation. Six months later, when my future wife and I were in love, it was an important and easy one, where we were both willing to make compromises for each other. It would have been ridiculous to think that she’d compromise for someone she’d never met before.

From what little I know about you, Sian, you have similar issues to Natalie and Bonnie. You’ve overdeveloped your tell-it-like-it-is side to compensate for having no voice as a child, and now you say you can’t help yourself when you tell-it-like-it-is.

It’s a valid observation and explanation as to why you are the way you are.

But it’s still no excuse.

Your blind spot is even visible in your writing: “I don’t know how to switch off/tone down my confident side when I’m with a man that I’ve just met. I want to be a little more submissive so that he feels like he’s in control and I’m more of a woman, one that he feels that he can protect and look after.”

I have never said to be anything less than confident.

I have never said to be submissive.

I have never said that you’re more of a woman if he can protect you.

You can be smart, strong, successful, confident and opinionated and do GREAT with men. You just can’t be their boss.

You can’t criticize them.

You can’t pressure them to commit to you.

You can’t tell them that their clothing sucks, their manners suck, and their friends suck.

If you don’t like something about him, you have two choices: break up with him because it’s a dealbreaker (addict, cheater, slacker, doesn’t want to have kids), or tolerate it because, in the grand scheme of things, it really doesn’t matter (everything else.)

Finally, Sian, I don’t want you distorting words like “confident” and “honest” as some sort of attributes that are working against you. They’re assets.

Want to stop driving guys away? Then stop giving off the “I don’t need a guy” vibe.

The thing with confident people is that they don’t have to TELL others how great they are. They don’t need to tell others what to do or how to think. And they don’t need to pressure their partners into a relationship. Confident people can adopt a “live and let live” attitude because they know that their dates would be silly to pass them up. No need to micromanage or criticize anyone.

“You don’t like me? Fine. Good luck to you in your search.”

So this isn’t about confidence at all — this is about misplaced assertiveness as a defense mechanism built up from early childhood. I don’t blame you for this, but I can’t help you with it either.

Trust every new man who takes you out.

Make him feel like a million bucks for choosing you and planning the date.

And when he asks you out a second time, you’ll know that you’re doing it right.

Oh, and since you bought “Why He Disappeared”, you might want to open it up again — there’s a section on specific things that women can do to be great first dates.

Hope it makes a difference for you.