Home > Blog > Confidence > Should I Stay With Him? > My Man Has Agreed to Marry Me Just to Make Me Happy. Should I Call Off The Wedding? 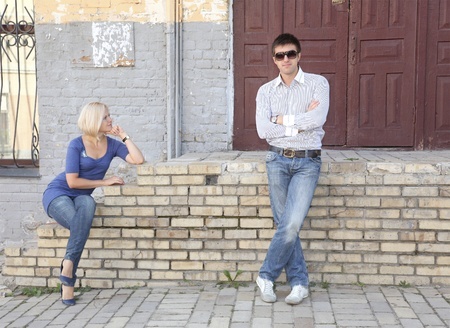 I’ve been in my relationship for almost 8 years. We’ve lived together for about 5. We finally got engaged last May. It was a total shock to me because he said he’d never get married again. We found a venue, put a down payment, and set a date for July 2015.

On Valentine’s Day, my man got drunk and told me he was drafting a prenup. He said he’s more than willing to give me a good quality of life and take care of me when he dies. He gave me a copy of the prenup and it says that if we ever get divorced, I get nothing-no alimony, nothing!! He put in there that even if he dies that would be the case. And any future assets, even what’s acquired in the marriage, would all be his!

He makes a significantly larger amount of money than I do, and I understand that. What upsets me about this is that he didn’t even make a stipulation that if he does pass before me that I’d stay in our home until I die. He simply said, “you’ll just find another place to live!!”

Last night he asked if I had the prenup looked at so I could make a decision about what I wanted to do – marry him or not. I asked him if this was his way of saying he doesn’t want to get married. He said he’s only getting married to make me happy and that he could care less if he gets married at all. Do I call it off and run or what?

I feel sorry for you, Michelle.

I understand you love this man.

I understand you put 8 years into this relationship.

On the precipice of going through with your marriage, you’ve looked up and discovered that your future husband is a selfish asshole.

I understand that the entire time you wanted to marry him.

But somewhere along the line, you lost sight of what you really wanted.

At a certain point, it wasn’t about getting happily married.

It was just about getting married.

Not because he consistently makes you happy, but because you love him, you put in 8 years, and you’re afraid to be without him.

And now, on the precipice of going through with your marriage, you’ve looked up and discovered that your future husband is a selfish asshole.

That’s a lot to take.

Listen, there’s nothing wrong with a prenup that states, in the event of a divorce, you exit the relationship with the same assets you had going in.

That’s an entirely different ball of wax than getting nothing after he dies.

Either way, this money thing is really a distraction from the main issue at hand.

Any time you have a problem, he’ll remind you that he never wanted to be married at all.

Any time you have a problem, you’ll remember that you can’t leave the relationship because he’s financially supporting you and you won’t get anything when you exit.

It just seems to me — based on the fact that an engaged woman is asking this question at all — that this marriage is doomed to fail.

One of my favorite statistics that I frequently cite to clients are about the 3 greatest predictors of divorce:

1. Getting married too fast — when two people “just know”, most of the time, when the chemistry wears off, they are fundamentally incompatible.

2. Breaking up and making up — if a relationship is so rocky for the first couple of years, it’s generally not a great sign for the future.

3. Getting married too slowly — for example, if a guy waits 8 years to propose, it probably means he doesn’t want to get married, doesn’t it?