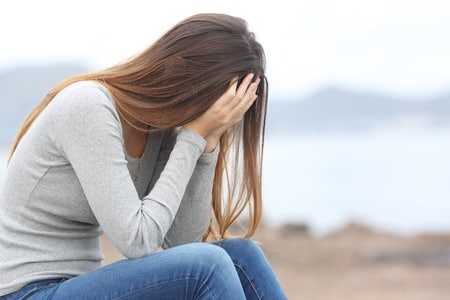 …but not that differently.

That’s the big takeaway I got from this joint Esquire/Cosmopolitan survey of 2000 men and women on what’s okay when it comes to sex.

Now to be clear, ONE rape is one too many.

In fact, men and women (mostly) agree on things…except for two areas fraught with a lot of emotion. Says the Esquire piece:

I’ll admit, I’ve been one of those men. And I struggle with the 1 in 4 women have been raped statistic, for two reasons:

1) Because it doesn’t square with what I have seen or experienced. I don’t expect all my female friends and relatives to tell me they’ve been assaulted, nor all of my male friends to admit if they’ve assaulted anyone. Still, it seems hard to process this figure when I can count on one hand the number of women I know about. Again, this doesn’t mean the statistic is wrong; it means that I have a different life experience.

2) Because  even the limited study from which that statistic was drawn admits that the numbers aren’t accurate.

Now to be clear, ONE rape is one too many.

Every victim has my utmost sympathies and rapists should be prosecuted accordingly. The fact that we’re discussing this is healthy and a sign of progress. But the one number that really stood out for me on this entire infographic was this:

38% of women (and 27% of men) feel that rape took place if either party was intoxicated but expressed interest when sober.

Even if 99% of rape claims are true, we have to be just as hypervigilant about protecting the 1% of men who are falsely accused. They, too are victims.

Maybe I’m misreading it, but it sounds like any sex under the influence of alcohol can be potentially considered rape. Which is a slippery slope and a dangerous definition for all parties involved.

While my first inclination is always to believe the accuser, every time I read a harrowing story like this, I feel compelled to just remind women that even if 99% of rape claims are true, we have to be just as hypervigilant about protecting the 1% of men who are falsely accused. They, too are victims. And in the he said/she said dynamic that takes place after an accusation, there are  only two people who really know what happened. The rest of us are just guessing and projecting what we want to be true.

I did not post this to incite a flame war in the comments below. Clearly, women feel that they are the victims of sexual harassment and assault at a higher rate than men believe, and their claims are all that matter. I think it’s necessary food for thought for men to look at what women are experiencing and make sure they are not contributing to that unhealthy dynamic, and I think it’s necessary for women to remember to give each individual man due process when it comes to an accusation. These victims are our sisters and our brothers, all of them.