How Do You Know Why Someone Wants To Marry You? 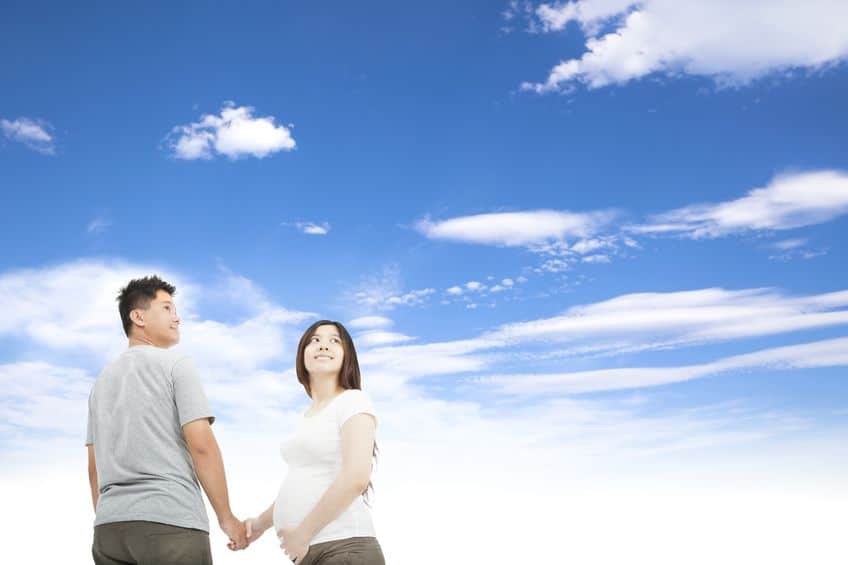 I have been dating this guy for 6 months and I think I am pregnant. He has picked up on it and is extremely happy. He talks about it a lot. I haven’t done a test yet because I have only felt this way for 4-5 days. He is 36 and no kids and has never been married. I have an 8 year old daughter and am divorced. We have touched on the surface of marriage before and talked about it. I guess my question is how can I tell if I am pregnant that he is marrying me for me or because I am going to have his baby?

He was in a relationship before me that lasted for 5 years and they broke up. He has been apart from her for up to a year. I just want to know that he is marrying me for the right reasons. We both have talked about having kids together and marriage someday. My first marriage we got married because I was pregnant and I don’t want to fall in that trap again. My daughter is my life and I only want the best for us all.

The unusually good news that’s being lost in your email is this:

The man who got you pregnant is extremely happy and wants to marry you.

Do you know how many pregnant women pray for such a man?

You didn’t twist his arm. You didn’t threaten him with child support. You didn’t give him any ultimatums. It sounds to me like you had an accident and this guy is deciding to treat it as a happy accident.

But your question is a good one, as it touches on something more universal than being pregnant.

How do you know WHY someone wants to be with you?

What’s interesting is that some people, like you, care about a person’s motivation. Others are more concerned with the end result. “I’m gonna have a ring on my finger? Sweet. Where do I sign up?”

I think the arenas in which this question of motivation surfaces most often are with beautiful women and wealthy men.

There are women who’d be appalled at being considered a trophy wife, yet there are those who readily (greedily?) embrace the role. There are men who refuse to list their incomes when registering on dating sites, yet there are those who willingly flaunt their credentials on WealthyMen and MillionaireMatch. None of these people can ever be sure if someone is enamored with them or their tangible assets.

The real question for these people is whether it matters.Motivation matters for most of us. We want to be loved, respected and accepted for who we are. We have a ton of flaws and it’s wonderful when we can find someone who will put up with them. Of course, we don’t spend much time thinking about our own issues. Instead, we focus on the problems in the people we date. All of us want someone who is attractive, kind, honest, successful, generous, fit, creative, and low-maintenance — even if we are not all of those things ourselves.

This is why we’re still single.

So whether you’re talking about extreme money or extreme looks, you’re talking about a great equalizing factor that is the only thing that allows certain people to find partnership. And you know what? For a domineering and tempestuous entrepreneur, or an insecure and dim ingénue, maybe it really doesn’t matter why they’re married.

He gets his showpiece, she gets her diamonds, and both get the relationship they deserve.

But for people of depth — the beautiful woman with the heart of gold, the wealthy man who values conversation over cars — this is always going to be a lingering question: Why does this person want to be with me?

Which brings us back to you, Lisa.

Would your boyfriend have proposed to you after six months if you weren’t pregnant? Probably not. But the fact that you got pregnant, followed by his immediate joyous reaction that he wants to marry you to create a family, seems to be a pretty good indicator that he truly loves you

Yes, things have been sped up a bit unnaturally. But unless you have issues with him that might break you up — he’s a cheater, he’s financially unstable, he doesn’t wear deodorant — I wouldn’t spend much time worrying about why he’s with you.

Instead, I’d focus on making your relationship into a success — rather than rushing into marriage. And if, in six months, he’s not the man he seemed to be, you won’t be legally entangled the way you were with your first husband.