How Much Lying Is Acceptable Online? 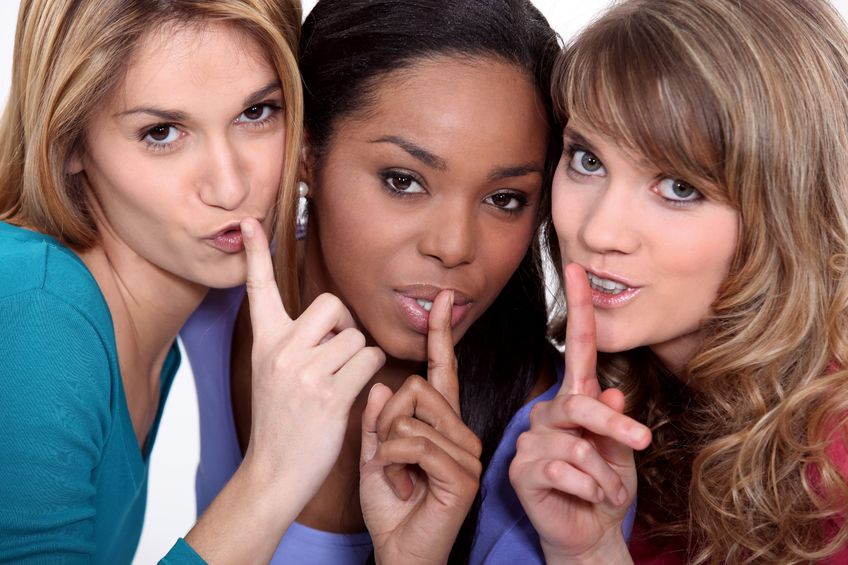 I’m fairly new to your site, and to dating in general – back on the market after a long marriage – so, at this point, I’m mainly trying to figure out how things work, and what the unwritten rules and policies of the dating game are. I’ve had an account on a dating site for the last two months. I’ve had a decent number of people contact me, and we mostly click fairly well when we meet in person. However, one thing that I notice puzzles me – it seems like no one bothers to list accurate information about themselves on their profile. I’m OK with people withholding, but I see things on men’s profiles that turn out to be downright misleading.

Don’t get me wrong. I wouldn’t get too upset if a guy’s profile picture is five years old, or if he’s really 5’8″ and not 5’10.” What I keep finding out, though, are things like “some college” means “no education past high school,” or that “work in research” means “factory worker at a plant whose clients are R&D companies,” and a white-collar technical profession listed on a profile really means “been out of work for some years.”

And “divorced” means “separated with no court date in sight!”   And these are the nicer ones…

My problem with misleading pieces of information like these is that I don’t know what else to expect. Can this person even be trusted? What else is he lying to me about? How can I tell if he just posted a little white lie on his profile, so he can get a first date and show me what a nice person he really is, or if he’s a con man through and through?  Lastly, where do I draw the line? At what point does it stop being cute and start being a big deal?  After all, here I am, meeting with total strangers from the Internet, and, like it or not, I have my personal safety to worry about. I did a search on your blog before I sat down to write this letter, and found a blog article where you say that it is okay to stretch the truth a little, just to get your foot in the door. Which I more or less agree with, but my question is, how can I tell between “a little” and “a lot?”

In the online dating world, how much lying is okay, and how much is considered too much? What are the red flags? Hope you can advise. Thanks!

I just got back from a week-long vacation and discovered in my inbox a link  to this eye-opening article posted by the fine folks at OkCupid, entitled “The Big Lies People Tell in Online Dating.” However, for all of the dating site’s advanced metrics and data, the subtitle of the piece could simply have been, “Duh.”

OkCupid merely confirmed what you and me —and everyone else who has ever dated online has seen ourselves — there is no detail small enough to resist exaggerating. The only things you may find surprising are that  women lie about their height and income just as much as men do. Seriously. So no more self-righteous emails about men, okay?

Lying isn’t something that only others do. Like speeding and getting “creative” on your taxes, lying online is something that “we” do as a form of semi-accepted rule-breaking.

What I found fascinating was that the older you are, the more likely you are to lie.

Older people lie because they need to lie to get attention from the most desirable people.

You may conclude that people over the age of 35 are simply  less  ethical. That they’re  more  jaded. Less comfortable around computers. Perhaps life has burned them too many times. Maybe the civics courses in the 70’s were less effective because of Watergate. Really, I could spin any number of cockamamie theories,  but the truth is much simpler.

Older people lie because they  need  to lie to get attention from the most desirable people.

So when the market gets more and more competitive — and you recognize the realities of the situation, you’re forced into a tough decision:

Most women say to themselves: “There are hundreds of women on here who are younger and thinner than I am. They’re getting all of the attention of the men that I want to meet. So if I change my age from 44 to 39, or post a picture that was taken 5 years and 25lbs ago, it will give me a greater chance to get in the door. If I tell the truth — that I’m middle aged and slightly overweight — the only people who will pay attention to me are homely and desperate 60-year-old men.”

Ironically, the man who lies online sees himself as insecure, not untrustworthy.

Listen, I’ve been on the  CBS Early Show defending women lying about their age. It’s certainly not an easy task. After all, anyone can decry someone who lies: what ELSE are they hiding? But given the pervasiveness of online lying, I came to the conclusion that lying, while not morally defensible, is at least UNDERSTANDABLE from a practical standpoint. People, for the most part, don’t lie because they’re bad folks who can’t tell the difference between right and wrong; they’re just insecure that telling the truth will eliminate them from contention before they ever get a chance to meet you.

If you have nothing to hide, then this has never occurred to you. I’m a 38-year-old guy with a decent job, a solid education, and good income. There’s no real incentive to lie, unless I want to make myself a bit taller than 5’9’’.

But the guy who has been separated for 18 months and his wife won’t sign the divorce papers, the guy who lost his prestigious job and hasn’t quite landed on his feet yet, the guy who was never formally educated but is wise from life experience — he knows that you will NOT give him a chance if he tells the truth.

And since you won’t give him a chance, HE’s going to give himself a chance.

Obviously, this plan backfires 90% of the time, but to the people who are lying, they see it as the only means to get in front of you. Because the truth is: you WON’T go out with the 5’6” guy, the guy in the wheelchair, or the guy who makes less than you. Don’t deny it. The evidence to support my assertion is overwhelming.

So, to answer your question after all, while I don’t know where the line is between the acceptable white lie and the unacceptable whopper — I will say this: ironically, the man who lies online sees himself as insecure, not untrustworthy; if he   doesn’t trust anything, it’s that you will actually give him a shot, in spite of his flaws.

And I have to say that, from what I’m observed, he’s right.

Is he wasting his time (and yours) by misrepresenting himself? Absolutely.

Would he have the chance to meet you if he didn’t misrepresent himself? Absolutely not.

This website uses cookies to improve your experience while you navigate through the website. Out of these, the cookies that are categorized as necessary are stored on your browser as they are essential for the working of basic functionalities of the website. We also use third-party cookies that help us analyze and understand how you use this website. These cookies will be stored in your browser only with your consent. You also have the option to opt-out of these cookies. But opting out of some of these cookies may affect your browsing experience.
Necessary Always Enabled
Necessary cookies are absolutely essential for the website to function properly. These cookies ensure basic functionalities and security features of the website, anonymously.
Functional
Functional cookies help to perform certain functionalities like sharing the content of the website on social media platforms, collect feedbacks, and other third-party features.
Performance
Performance cookies are used to understand and analyze the key performance indexes of the website which helps in delivering a better user experience for the visitors.
Analytics
Analytical cookies are used to understand how visitors interact with the website. These cookies help provide information on metrics the number of visitors, bounce rate, traffic source, etc.
Advertisement
Advertisement cookies are used to provide visitors with relevant ads and marketing campaigns. These cookies track visitors across websites and collect information to provide customized ads.
Others
Other uncategorized cookies are those that are being analyzed and have not been classified into a category as yet.
SAVE & ACCEPT
193 Shares
Tweet
Share193