Will Men Be Turned Off Because I Like To Wear A Wig? 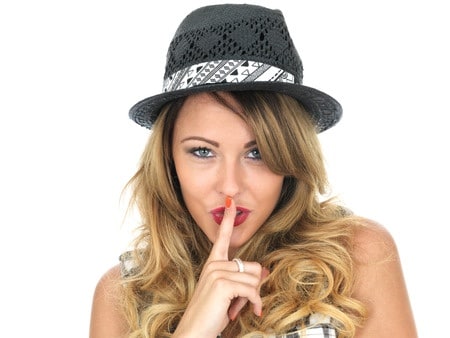 I have started to wear wigs about half the time and feel like there is a stigma attached to doing so – or a “yuck-factor”. I started using one after a medical problem but now it’s just because they look so much better than my own hair. My own hair is super fine and fragile and it is impossible to find a flattering style or cut without at least using extensions (partial hairpieces that add length or fullness). A full wig actually looks best and I get compliments even from strangers. They look very natural but they’re still wigs – and sadly, wigs are sometimes an object of ridicule in our society.

My reasoning thus far is that I want to look like my profile pictures. Some of my profile pictures show my real hair plus a simple back extension so I usually wear that for initial dates. Some of my pictures show me in a longer full wig and in real life now I have semi-short styles that are very flattering. I have a flattering photo of me in one of those but haven’t put it on my profile because it’s different and I think that noticeable inconsistency in hair length will make it seem like some of my photos are too old. I realize that a big part of the problem may be that I haven’t fully embraced the notion of using wigs as a good thing.

I’d like to wear them because I look better in them but I’m sort of afraid that the idea of me wearing a wig will elicit an “Eeeeeewwww…” kind of feeling in a man.

I’m not sure what my priorities should be. Should I just make sure I look as good as I can on a first date even if that means “wearing a wig”, which sounds a bit like a disguise? Should I use my own hair so “it” doesn’t become the little secret that I’m hiding? Should I use my different hairstyles and feel no shame about how it is that I can change my look just like that?

I consider you to be very wise – you often find general principles that help us women with our viewpoint and our confidence. You also have basic knowledge about the things that matter and then are able to remind us of that to keep things in perspective. Sometimes I can ask myself, “What would Evan say?” but I’m stumped on this one.

What are your thoughts on this matter?

Thanks for your kind words. Let me do the best I can to tease this out (you see what I did there?)

To your credit, you are seeing this from all sides, however, it just seems like you’re spinning in circles. It really doesn’t have to be that complicated.

In fact, you may be surprised to learn that all of my advice comes directly from the bible.

People don’t lie on their profiles because they are awful people who lack integrity.
People lie because they’re insecure about telling the truth.

Half the time, the man is in the wrong.

Half the time, the OP is in the wrong and fails to see it because she’s attached to her worldview, and can’t see the validity in his worldview.

Those situations have far more gravity than your wig situation, but it’s always the same advice.

How would you feel if a man wore a toupee when he was balding?

This is exactly what Matthew was talking about in the Bible. ïŠ

Anyway, this brings up a very old point I’ve made about online dating.

People don’t lie on their profiles because they are awful people who lack integrity.
People lie because they’re insecure about telling the truth. If they tell the truth, they may be eliminated, due to the fierce competition of online dating.

So 5’7” men become 5’10”, obese women become “average”, and everyone over the age of 50 becomes 45. All because we’re insecure that people will pass us up and we want to get in the door.

The truth is the easiest thing to remember. There are no lies to cover up, no awkward confessions down the road, no moments where he says “Eeeeeeeewww.”

And then you get in the door, tell the truth, and someone is appalled that you started off the relationship with a lie.

In my opinion, the truth is the easiest thing to remember. There are no lies to cover up, no awkward confessions down the road, no moments where he says “Eeeeeeeewww.”

Right now, you’re being ruled by your insecurities: your thin hair, your multiple hairstyles, your old profile photos. You’re entitled to that, but then this question always lingers.

Stop with the wig, and the question goes away instantly.

And if that doesn’t work — if you MUST wear a wig to feel confident — well, then I hope you’re equally forgiving when a man misrepresents himself out of his own insecurity.