Dating And Divorce: Is It ‘Survival Of The Sluttiest’? 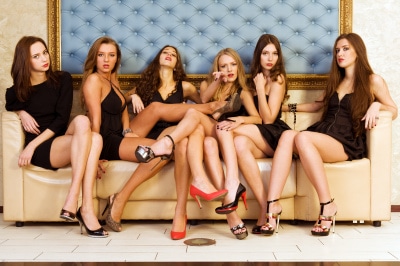 In a Huffington Post article, New York comedian Juliet Jeske lamented that after the end of a nine-year relationship, she no longer knows how to date. She describes her experiences this way:

“As a person who is by nature very direct and to the point, dating is a mystery trapped in a puzzle, tucked in a fireproof safe thrown down a mineshaft. I just can’t figure it out.”

She goes on to say that “It is just sort of expected by many that you start the physical part of the relationship first, and then see if either partner wants to continue after the fact, sort of a try before you buy situation. Sex before emotional attachment, sex before any form of relationship, sex before everything.”

Jeske is complaining specifically about dating in New York, but I think this phenomenon is universal. I mean, how many times have I said that “men look for sex and find love and women look for love and find sex”? What Jeske doesn’t seem to get is that it’s not an either/or.

You don’t have to sleep with a guy on Date 2 just because some other woman will. That other woman is most likely being used and is wondering why all the guys she sleeps with never amount to anything.

What women DO need to understand is that men are driven by attraction, sex and testosterone. And if you think it’s ridiculous that he’s going to want to have a little foreplay before you’re in a relationship, you’re going to be perpetually frustrated by reality.

Instead of complaining that men are interested in sex (duh), how about you figure out a way to better connect with him outside the bedroom during those first few formative weeks/months? And if all he wants is sex, just ditch him. It ain’t that hard.

Read the article here and let me know your thoughts in the comments below.