Home > Blog > Sex > How Do I Get My Conservative Boyfriend to Loosen Up Sexually? 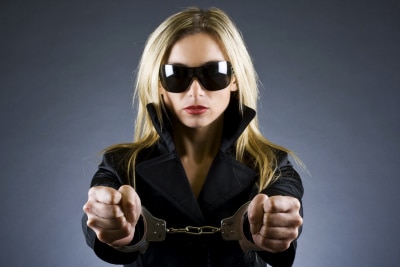 Hi Evan! I have been seeing this fantastic guy for the last couple months. I’ll cut to the chase and say that we get along very well, I enjoy every minute I spend with him, and he treats me with nothing but kindness and respect. He calls me his girlfriend, and we’re very happy together. We have sizzling chemistry in and out of the bedroom. I couldn’t be more attracted to his looks or personality.

The only issue I see is kind of a big one for me. Although we have great passion and tons of fun in the bedroom, I have some fantasies that he is not quite into. I would not say I am looking for Fifty Shades of Grey to come to life before me, but I am very interested in him being more dominant. I would like to experience the whole “tie me up and blind fold me” sort of thing. I want to feel powerless with him, but only because I trust him with that power. I just want this occasionally, however, as I very much enjoy our current sex life as well.

He, however, has told me that he does not feel comfortable with exerting his will over me, and that he feels we would have to get to know each other MUCH better before he would be comfortable exploring this. He has also said that the more I bring it up to him (I admittedly do this frequently), the more he feels pressured and the less he wants to do it. I guess I’m looking for a way that we can compromise? I am very open to exploring my sexuality, and I’d really like to live out my fantasies with him.

Thanks for any insight you can provide!
Holly

Congratulations. You have a boyfriend. You have chemistry. You’re treated with kindness and respect. You couldn’t be more attracted to his looks or personality. Sounds like you hit the jackpot, huh?

Except for this “big” issue: you have some fantasies that he is not quite into.

Sorry, in my world, this is not a big issue at all.

Push him to tie you up and gag you, and you may push him too far.

In fact, I would struggle to conceive of a couple that is so in sync that both parties even share the SAME fantasies.

But having the same FANTASIES?

Things that take place in your mind for your pleasure? And he’s supposed to be just like you?

For all you readers who may be getting upset at my tone with Holly, please, flip your genders around for a second.

What would you tell her?

I’m guessing that most of you would tell her to either run or forcefully tell the anal-obsessed boyfriend to back the hell off.

In my book, the more dealbreakers you have, the more deals get broken. Insist that you get a man over 6’0”, and you’ve eliminated 85% of men. Insist on a man who earns over 200K and you’ve eliminated 95% of men. I don’t know how many men are into being sexually dominant. I just know that it’s another arbitrary (but attractive) thing that you want to insist on. Only you can tell if it’s worth rocking the boat over.

But if you stay with him, you should probably wait a while before pushing the issue again. People don’t want to be sold. They want to choose to buy. If he loves you, if your sex life has gotten routine, if he wants to be the best possible pleaser, it will be in his self-interests to experiment with being more dominant. Allow him to come to these conclusions on his own and he will come to them on his own.

Push him to tie you up and gag you, and you may push him too far.

Ask any woman who’s had a guy pressure her sexually.