Home > Blog > Dating > Sex > I’m Pregnant and My Husband Is No Longer Interested in Sex With Me. 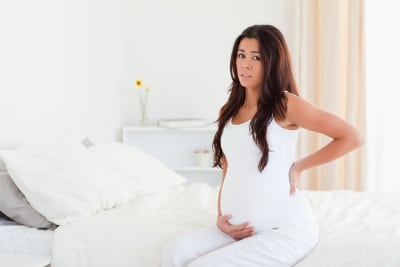 My husband and I haven’t had intercourse lately because I am pregnant and he’s afraid it will hurt the baby. He didn’t have a problem with it from the beginning to the 6th month. I continuously give him hints and touch him playfully everyday, but he still refuses to have sex. I like to sleep alone so I make him sleep on the couch and he understands that, but he likes to sneak back in later when I am asleep and cuddle up with me. Okay, I admit, not having sex for a while is getting to me cause I am still young and virile. So last night I went to bed naked thinking he would cuddle up again and perhaps have sex, but no, he didn’t. Anyway, I caught him masturbating to Girls Gone Wild and it hurt me. I don’t know if I should be angry or forget about it. I know it hurts my feelings though that he chose to masturbate to other girls instead of having the real thing with me… Right now, I just don’t know how to get over it. Because of his actions, I feel that i am not attractive to him anymore. Any advice? -Hannah

And because you’re very young, it seems that there a number of things that you need to be taught about men that older women have already figured out themselves.

So let’s start from the beginning.

1. Your husband is afraid that having sex will hurt the baby.

The fear is normal, if a bit overstated. The reaction to this fear is ridiculous. Have you heard of Google? I just Googled “does sex hurt the baby?”

Here’s what the Mayo Clinic had to say:

“Your developing baby is protected by the amniotic fluid in your uterus, as well as the strong muscles of the uterus itself. Sexual activity won’t affect your baby.”

Until you start communicating like an adult couple, your sexual problems are likely to continue.

Now that we’ve quickly dispelled that myth, your husband doesn’t have any excuse.

Of course, it’s not as simple as that. Because your husband’s lack of desire to have sex is not really about hurting the baby. In fact, it may start with:

2. “I like to sleep alone so I make him sleep on the couch.”

You expect your husband to feel warm, amorous and affectionate towards you when you treat him like a slacker houseguest in his own home?

You say “he understands that”, but I certainly don’t.

Tell your husband how you feel, ask him how he feels and get on the same page about your sex life.

And until you start communicating like an adult couple, your sexual problems are likely to continue. Ask him how he feels sleeping on the couch. Does it make him feel closer to you? Does it make him resentful? Does it impede the spontaneity of sex, given that he’s in a different room? I think the answers will be revealing.

Says one study, “Of the 647 who replied, 84% said they had masturbated in the three last months. While this may seem high, it is in line with other sources.”

The real surprise? “Girls Gone Wild”. Seriously? A cheesy, late-90’s VHS with college girls drunkenly flashing the camera? THIS turns him on? All I can conclude is that you guys don’t have a high-speed internet connection, otherwise this is the most disturbing development of all.

Finally, Hannah, a non-snarky paragraph from the aforementioned Mayo Clinic. I think it will lend some perspective to how normal your predicament is:

“You can have sex as often as you like – but you might not always want to. At first, hormonal fluctuations, fatigue and nausea might sap your sexual desire. As your pregnancy progresses, weight gain, back pain and other symptoms might further dampen your enthusiasm for sex. Your emotions might take a toll on your sex drive, too.

Concerns about how pregnancy or the baby will change your relationship with your partner might weigh heavily on your mind – even while you’re eagerly anticipating the addition to your family. Fears about sexual activity harming the baby or anxiety about childbirth might team up to sap your sex drive. Changes in your self-image might play a role as well, especially as your pregnancy progresses.”

Tell your husband how you feel, ask him how he feels and get on the same page about your sex life.

Once you know his thoughts on sleeping on the couch, pregnancy sex, and Girls Gone Wild, you’ll be able to move past them together.