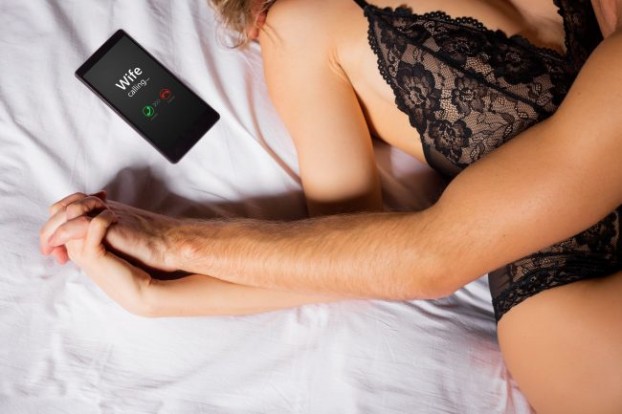 I’ve never cheated on anybody. Nor, to my knowledge, have I been with any woman who was cheating on her boyfriend. For most of my life, I thought that was normal. But the longer I do this, the more women I encounter who have not only slept with married men, but are in active relationships with married men. All are waiting for their  married men to leave their wives (which they won’t) and willfully ignoring that the man they love has already proven himself to be the worst thing a boyfriend can be: unfaithful. But, as we’ll explore momentarily: there are many reasons that a man may be unfaithful.

Jones had little dating experience outside her failed 23-year-marriage and all she wanted was sex, so she turned to the men who were least likely to want to commit: married men.

Says Jones, “What surprised me was that these husbands weren’t looking to have more sex. They were looking to have any sex. I met one man whose wife had implicitly consented to her husband having a lover because she was no longer interested in sex, at all. They both, to some degree, got what they needed without having to give up what they wanted. But the other husbands I met would have preferred to be having sex with their wives. For whatever reason, that wasn’t happening.”

To her credit, Jones doesn’t point the finger at either women or men for the loss of desire within a relationship, because, well, it’s pretty universal. What she does effectively – thru her experience sleeping with married men – is touch  upon the real problem here: nobody seems capable of talking about sex in a rational way.

“We all go through phases of wanting it and not wanting it. I doubt most women avoid having sex with their husbands because they lack physical desire in general; we are simply more complex sexual animals. Which is why men can get an erection from a pill but there’s no way to medically induce arousal and desire in women.

I am not saying the answer is non-monogamy, which can be rife with risks and unintended entanglements. I believe the answer is honesty and dialogue, no matter how frightening. Lack of sex in marriage is common, and it shouldn’t lead to shame and silence. By the same token, an affair doesn’t have to lead to the end of a marriage. What if an affair – or, ideally, simply the urge to have one – can be the beginning of a necessary conversation about sex and intimacy?

What these husbands couldn’t do was have the difficult discussion with their wives that would force them to tackle the issues at the root of their cheating. They tried to convince me they were being kind by keeping their affairs secret. They seemed to have convinced themselves. But deception and lying are ultimately corrosive, not kind.”

Is it okay to have an affair if your partner has turned away from sex?

What do you think? Have you ever been in a sexless relationship? Is it okay to have an affair if your partner has turned away from sex? Why is it so hard for the most intimate of couples to talk about the reality of waning desire? Your thoughts, below, are greatly appreciated.