Home > Blog > Dating > Sex > Should I Spend My College Years Hooking Up Or Looking For Mr. Right? 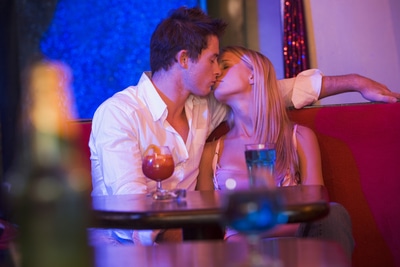 There’s been a lot of talk – including talk on this blog – about hookup culture. Is it empowering for women to embrace their sexuality, have fun, and not worry about commitment? Is it hurtful to women because they’re denying their own feelings, wasting their time on dead-end relationships and turning into the very men that are so often decried in this space?

This New York Times article didn’t say anything that hasn’t been said before, but it did a very thorough job of presenting both sides of the argument.

The author took a look at students at the University of Pennsylvania, an Ivy League school, and reported what you already suspected: smart and ambitious college kids have a sense of drive and perspective that is somewhat uncanny.

I only wish more women in their 30’s, 40’s and 50’s understood the value in being patient and letting a man reveal his character over time, instead of jumping into marriage based on desire, passion and fear.

“Many privileged young people see college as a unique life stage in which they don’t – and shouldn’t – have obligations other than their own self-development.” The article continues, “Some women also want to wait to see how men turn out as they advance through their 20s. A., for example, said that she did not want to settle down until she could choose a partner knowing that his goals and values were fixed. “‘I’ve always heard this phrase, ‘Oh, marriage is great, or relationships are great – you get to go on this journey of change together,’ ” she said. “That sounds terrible. I don’t want to go through those changes with you. I want you to have changed and become enough of your own person so that when you meet me, we can have a stable life and be very happy.”

To say that this is wise is an understatement. I only wish more women in their 30’s, 40’s and 50’s understood the value in being patient and letting a man reveal his character over time, instead of jumping into marriage based on desire, passion and fear.

In fact, some of these 19-year-old Ivy League women sound very much like ambitious middle-aged men who want to have all the trappings of a relationship without all of the obligations of it. “Even if they did meet someone they were interested in, some women said the logistics of a relationship were just too hard. Some described extracurricular commitments – running debate tournaments for local high school students, or organizing Model United Nations conferences – that took up 30 to 40 hours a week, and came on top of going to class, doing homework and, in the case of less-wealthy students, work-study jobs. Some relationships ended, or never got off the ground, simply because schedules didn’t align.”

Personally, while I’ve always enjoyed hooking up, it was never the end goal. I would like to think that most people feel the same way, at most points in their life. Sex may be something that you have to scratch an itch when you’re too busy, but if you find the right person, you don’t let it slip away. By the same token, what are the odds of finding your soulmate when you’re 21 and you’ve never even tackled the real world? Pretty slim. Hmm…maybe these girls are onto something.

If you still haven’t prioritized your love life in your 30’s, and still favor random hookups because you’re too busy for love, you may be in for a rude awakening.

But the article doesn’t really want to concede that point. The last two pages of the piece focus on women with alternate points of view. One is a virgin who is inclined to save herself for marriage. The other is someone who has opted out of hookup culture after getting her heart broken. This, in and of itself, is perfectly fair. However, I’m not positive that the conclusion this young woman draws is entirely correct:

“In Catherine’s view, her classmates tried very hard to separate sex from emotion, because they believed that getting too attached to someone would interfere with their work. They saw a woman’s marrying young as either proof of a lack of ambition or a tragic mistake that would stunt her career. That might mean having to pass up certain career opportunities, for geographic reasons. But Catherine thought that her peers underestimated how hard it was to find the right person to be with – as hard, perhaps, as finding the right job.

‘People kind of discount how difficult it is to find someone that you even remotely like, let alone really fall for,’ she said. And losing that can be just as impractical and harmful to yourself, if not more so, than missing out on a job or something like that. What else do you really have at the end of your life?’ “

Catherine would be 100% correct if she were 30. But at age 20, with so much change ahead of her? I think that if she had the capacity to enjoy experimenting, falling in and out of love, and making mistakes without thinking it was the end of the world, she’d be a lot happier. You don’t have to figure it all out when you’re in college. But if you still haven’t prioritized your love life in your 30’s, and still favor random hookups because you’re too busy for love, you may be in for a rude awakening.