My Boyfriend Is Boring: Am I Crazy For Wanting To Dump The Amazing Man Who Bores Me? 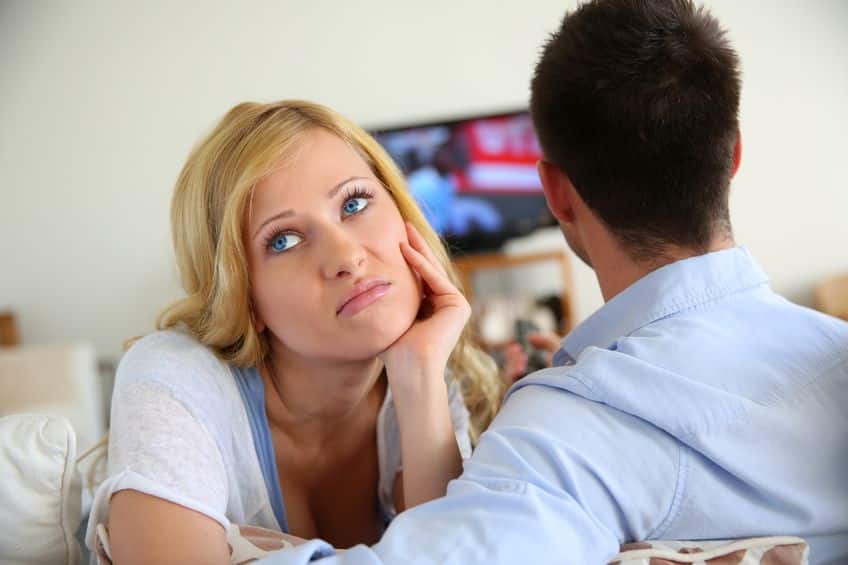 A little history…I’m 28, divorced with two young kids, they live at home. He is 37, divorced with one teenage kid that he sees every other weekend. Here is my dilemma…. I can’t figure out if I’m attracted to him or the fact that he’s a good guy.

You wait and pray for there to be a good guy left on this earth and finally one comes along and you find him boring or at least not challenging.

What is that? Am I crazy?

He is completely into me. Calls, writes me letters, texts, takes me out, does family outings, asks about my day, washes my car, is clean, is fit, responsible, understanding, compliments me, etc, etc. We’ve been dating two months. We don’t get too much opportunity to spend alone time so we’ve only slept with each other twice. It was okay, not mind-blowing or anything. I’ve had much better, but I’ve had much worse with the wrong guys too. He’s relatively attractive but not my usual type or taste.

Am I being picky because I think my boyfriend is boring? Any other woman would think he is a great catch. I think so as well but just…I don’t know why I can’t get into him.

He’s completely fallen for me, thinks I’m strong, independent, beautiful, good mom, etc. wants to make me happy and for me to be his “girlfriend” and I can just tell the L word is coming along any day now. I can just tell and trust me, I’m not wrong on this.

Another bit of history…

So he usually gets involved with psychos that latch on to him. That is – the complete opposite of me. I like my space and I don’t care if I never see you again. Guys come and go but my family, especially my kids, are forever. It’s one of the mottos I live by. I don’t need anyone to take care of me. A guy in my life is “nice to have” but by no means a need. I think I’m a challenge for him, which is fine. But on my side of things it’s too easy.

From experience, happily ever after doesn’t exist. Sure everyone puts their best foot forward when they’re dating but who’s to say he’ll stay like that? Am I just jaded and not giving him a real chance? Or is just the reverse that I’m just not into him? Then the dilemma becomes do I let this great guy go and regret it afterward?

Can you give some advice on this? I have no idea what to do.

I can only imagine that thousands of women were reading your post and nodding along at the familiarity of your situation.

It’s pretty much the human condition. The people we want don’t want us. The people who want us, we don’t want. When there’s a rare exception to that rule, we call it love.

As I see it, you’re asking a few separate questions here. Let’s break them down separately, so hopefully you can find a little clarity — or, more likely, validation, for how you feel.

No, Diana. You’re not crazy. You may be confounding to men, but you’re definitely not crazy and definitely not wrong…. Attraction is not rational. We can break it down to its elemental components, but that thing that you feel, which draws you to a man? It’s not a choice. No more than the base attraction a man has to a woman when he sees her across a crowded room.

There has been a great deal written on this, and there’s an entire industry designed to explain to “nice guys” how to attract women. In fact, it’s been turned into such a science, that you might want to take a look at it. Check out more from one of the original masters, David DeAngelo. DeAngelo puts into plain words what you just feel in your bones: confident, decisive, witty, and somewhat unpredictable men are the most attractive. Yes, it helps if he’s cute. Sure, it helps if he has money. But the attitude that plays the best with the most women is generally some version of “cocky and funny.”

Of course, most women outgrow men who are so cocky that they are unable to forge bonds with a woman. But the desire for a man with a little swagger never entirely wanes. I wrote about a man’s passion and proficiency just two weeks ago. In short, a guy doesn’t have to be a jerk to do well with women. He just has to be a man.

And while I hate to keep on referencing old blog posts, some of them apply specifically to this theme, especially this one, which says:

Which brings me to your next question.

Question 2: Am I being picky?

Let’s see… By your admission, he “calls, writes me letters, texts, takes me out, does family outings, asks about my day, washes my car, is clean, is fit, responsible, understanding, compliments me, etc, etc.”

So what do you think? Are you being picky? Or is there something more to dating and relationships than what someone does for you?

How about how someone makes you feel?

How about how you feel about him?

I think those two things are the essence of any long-term relationship. And I think they get lost when we start focusing on checklists.

I speak from personal experience when I mention that I have broken up with some of the nicest people you’ll ever meet. I recall a brief relationship back in 2003. She had everything on my checklist — smart, silly, cute, good family, stable job, etc. What she didn’t have — what I really needed at the time — was a backbone. I just got the sense that I’d win every argument for the rest of our lives because she was such a pushover. And that wasn’t something I either respected or was attracted to. I broke up with her for a woman who was like a Sex and the City character come to life. All New York brass and Jewish sass. After a few months of phone calls, I flew to the East Coast to go on a four-day make-it-or-break-it date.

You can guess what happened next….

Exactly as I pulled away from the darling girl who would have done anything for me, Miss NYC pulled away from me. When pressed, she said I had 90% of what she was looking for – but didn’t feel the necessary attraction to start a long-distance relationship.

Your independent “I don’t need anybody” attitude is counterproductive. With it, you will get exactly what you’re asking for. Nobody.

And, in retrospect, I’m almost positive it was because I thought she was God’s gift to man. I kissed her ass. She walked away.

Much like you’re going to do to your guy at any second.

So… Question 3: Do I let this great guy go and regret it afterward?

Needless to say, I can’t tell you what to do. You can’t force attraction. But you know that great guys don’t grow on trees.

I think the X-Factor is that you’re a 28-year-old single mom. This means that you’ve been married, so you don’t feel the need to do it again. You’ve had two kids, so you don’t hear the ticking clock. In other words, you have nothing about which to panic. You can afford to be picky. Suitors will continue to line up well into your 30’s.

Your independent “I don’t need anybody” attitude is counterproductive. With it, you will get exactly what you’re asking for. Nobody.

If that is your goal, keep pushing away the nice guys and letting the wrong guys take their shots. You’ll find them attractive, but they generally won’t want to stick around with a single mom who has all your responsibilities.

As for what you should do with this guy, it sounds to me like your mind is already made up. Therefore, you have my blessing to dump him. Staying with him when your heart’s not in it is doing neither of you any favors.

Just recognize that you’d actually like your “boring partner” more if he pulled away more and cared about you less.