I Find Most Men Unattractive. What’s Wrong With Me? 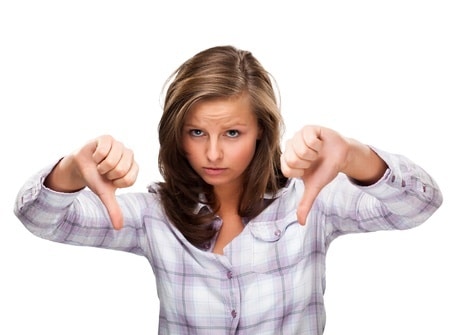 I find the vast, vast, vast majority of men unattractive. Mostly it’s that I don’t have any physical attraction to them, but once in a while (about twice a year if I’m on a lot of dating sites, or once every few years if I’m not), I’ll meet someone I actually think is good looking (a hint here is that I find most celebrities physically unattractive, apparently my sex drive is picky but I couldn’t tell you why – although I DO have a high sex drive…).

However, I’m also aware having been through a lot of therapy after numerous and significant mental health difficulties (eating disorders etc.) that I tend to date cold or unavailable men and then not ask for more and maintain that emotional distance – essentially, I seem to have been in a habit of avoiding intimacy by going out with people I don’t find attractive, or more often than I’d like to admit, men who I know are gay before I even ask them out…otherwise they’re narcissistic or give mixed messages, or aren’t close in some way etc.

Knowing that I have that pattern, I made a promise to myself to pick up on coldness whenever I find someone attractive and to walk away. And that is something I do – I look specifically for empathy. And guess what…on those very rare occasions when the idea of kissing/sleeping with someone is not downright unappealing, they’re cold and narcissistic, and so I walk away.

Now to be honest, I’m not too bothered about finding someone in the next couple of years, I’m still young at 28 and my career is my priority right now, so I’m not in too much of a hurry, but the reason why it’s been bothering me is that I’m actually starting to worry that my family messed me up so much I’ll never be able to love anyone. I’m therapied out and no longer diagnosable – I’ve made a massive recovery and feel extremely healthy – so I don’t think more therapy is going to suddenly make me find more men attractive.

Have you come across this and do you think the reason I find so many men physically unappealing is because of something psychological? Some of my friends think it’s do with the bar being raised…I’m quite attractive myself and I’ve had a lot of attention from the opposite of sex since I was about 13, including the “very good looking”, so perhaps it’s just knowing what I could have and that that’s influencing me?

I feel for you, SG. I do. After all of your therapy, you are as self-aware as you can be, and yet it still seems to me that you have some significant blind spots about your problem.

Now, first of all, I want to make it crystal clear: you are not alone. Women, on the whole, are far more discerning than men when it comes to physical attraction. In the linked OkCupid study, women think that 80% of men are BELOW average in attractiveness, when, in a normal distribution, that number should be 50%. I’m not going to say whether these women are right, although THEY certainly feel they are. I will say that men, for all their flaws, are equal opportunity daters in a way that women are not. While they will still lust for the hottest woman around, they’ll ultimately marry someone in their league, which, empirically, is not always that attractive.

Men, for all their flaws, are equal opportunity daters in a way that women are not.

Your issue, however, is a little more extreme, and reminds me of a client I had a few years back. Very attractive woman — a 43-year-old personal trainer who hated online dating for the very reason you mentioned. No one was attractive enough for her. When we went through the website to take inventory, I asked her to put 40 guys on her favorites list. She couldn’t even do so. The only 6 guys she found attractive looked like 32-year-old GQ models whose preferred age range was 22-29. My client was pretty much out of luck because she found less than 1% of men attractive, including NO men her own age who wanted her in return.

Let’s just say that this wasn’t one of my success stories.

And this is where we bump up against one of my limitations of a coach. I’m not a psychologist who has been trained to delve into your past; my specialty is helping women in the present model confident behavior to elicit better results in the future. Your issue, in this instance, isn’t lack of confidence; it’s something that runs much deeper, something you only hinted at when you say that your family “messed you up.” Without knowing you, I have to concur.

Just read what you wrote to me:

“(I) avoid intimacy by going out with people I don’t find attractive.”

That begins in your childhood, SG, usually with an absent, distant, or abusive father.

And so it’s a self-fulfilling prophecy. The only men you’re drawn to are the worst ones; the other 99%, you eliminate because you’re not attracted to them.

There’s being discerning, and there’s being impossible, and you’ve unfortunately raised the bar so high that no man can jump it.

You seem to be somewhat aware of this when you state that you walk away from emotionally distant men — and yet you claim they’re the only people you sleep with, since the “vast, vast, vast” majority of men are unattractive to you.

And here you are, writing to me, wondering if you will ever be able to love anyone.

You have every right to worry.

I can’t “fix” you from here, but I can tell you that something is very wrong if you only find 2 people attractive “every few years.” There’s being discerning, and there’s being impossible, and you’ve unfortunately raised the bar so high that no man can jump it.

You are attracted to the wrong men for reasons beyond your control. You need to rewire yourself on what it means to be in a healthy relationship. And if it means you have to dial down your attraction from a 10 to a 7, in order to find an emotionally healthy guy, that’s a price well worth paying.

That may sound awful to you on two counts: 1) you refuse to compromise on chemistry, and 2) you don’t think that a 7 chemistry actually exists. For you, it’s all or nothing. I believe you.

But that’s not normal, it’s not healthy, and it will leave you no dating options whenever you do decide to take your love life seriously again.

Get thee to a really good therapist. You’re worth the investment.

This website uses cookies to improve your experience while you navigate through the website. Out of these, the cookies that are categorized as necessary are stored on your browser as they are essential for the working of basic functionalities of the website. We also use third-party cookies that help us analyze and understand how you use this website. These cookies will be stored in your browser only with your consent. You also have the option to opt-out of these cookies. But opting out of some of these cookies may affect your browsing experience.
Necessary Always Enabled
Necessary cookies are absolutely essential for the website to function properly. These cookies ensure basic functionalities and security features of the website, anonymously.
Functional
Functional cookies help to perform certain functionalities like sharing the content of the website on social media platforms, collect feedbacks, and other third-party features.
Performance
Performance cookies are used to understand and analyze the key performance indexes of the website which helps in delivering a better user experience for the visitors.
Analytics
Analytical cookies are used to understand how visitors interact with the website. These cookies help provide information on metrics the number of visitors, bounce rate, traffic source, etc.
Advertisement
Advertisement cookies are used to provide visitors with relevant ads and marketing campaigns. These cookies track visitors across websites and collect information to provide customized ads.
Others
Other uncategorized cookies are those that are being analyzed and have not been classified into a category as yet.
SAVE & ACCEPT
247 Shares
Tweet
Share247