When Should He Change His Status To “In A Relationship”? 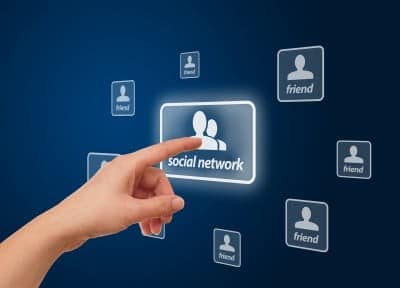 Hi Evan. I happened across your site, and found it very interesting. My question is a bit silly. I’ve been dating my boyfriend for over three years. It is a long-distance relationship at the moment, and I’m not sure where it’s going to go. I know this is a petty thing, but it has always bothered me that he has put he is “male and single” on most of his internet sites. These are not even dating sites, that’s the puzzling thing, but for example “Flixster” the photo sharing site, and other smaller ones. I feel it is just as easy to say “in a relationship” or nothing at all, instead of always putting he’s single. I have casually asked him about it, and he either makes a joke, or acts awkward. I don’t really want to press the issue, because I feel it’s so small and it makes me feel ridiculous. I assume this is just one of the small signs he is unwilling to truly commit, but I’m not sure if he’d be open to meeting people online either. I’ve even thought that he possibly has online flirtations, and wants to keep his online image as single. I know the common sense answer is that if I’m so unsure of the relationship, then I should reevaluate it for my own sake. What do you believe it generally means when a man is always “single” in the online world? Wouldn’t this be indicative of a possible tendency for cheating now or later? I know you may not have time to get to my question. I’m sorry if this was asked already. I searched, but didn’t find anything that similar. Thank you 🙂 —Jennifer

I don’t think your question is silly at all. In fact, it’s a highly relevant question for dating in the digital age, when there’s nothing resembling a rule book to follow.

I only know one thing:

If your boyfriend is aware of your feelings and ignoring them, he’s being selfish.

See, a boyfriend’s job is to make you feel safe, make you feel heard, make you feel understood. And if you’re not crying wolf over every little thing he does, then your relationship should be pretty solid and drama-free.

If he can’t click on a button to make you feel better, there is a deeper character or sensitivity issue that you’re ignoring.

However, he DOES have an online image. We all do. We post photos that we think make us look good. We list interests/hobbies that we think make us sound appealing. And unless your boyfriend’s been under a rock for the past five years, his relationship status (at least on Facebook) is pretty much the public’s only glimpse of how he perceives himself.

So is it some sort of nefarious plot to pick up women through Flixter? Doubtful. But if he’s your boyfriend of three years (hell, I’ve only known my wife for less than five), he should be receptive to having a simple, thirty-second unemotional powwow, where you tell him the truth:

“I know I’m probably being too sensitive, but if we’re part of a couple, it would make me feel a lot better if you listed yourself as “in a relationship” instead of single. Seeing that makes me feel like you’d like to be single and I don’t think that’s the case at all.”

If he gives you a lot of pushback on it, he’s not being particularly sensitive to your needs, which calls into question what kind of husband he would be.

In other words, you’re not asking him to make a very big sacrifice. If he can’t click on a button to make you feel better, there is a deeper character or sensitivity issue that you’re ignoring.

Good luck — and please, don’t invest too much time into a man who isn’t doing everything in his power to make you happy.