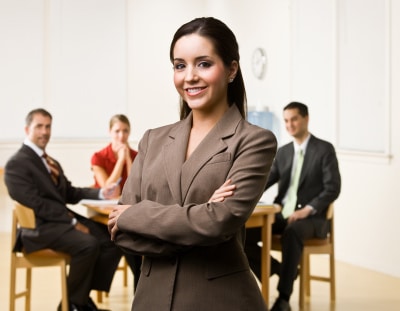 I’m 41, happy with my rounded self, smart, direct, and articulate.

I’ve been told that my lack of dates is due to:

2) I’m centered, which sends the message that I don’t need anyone.

Are men really that insecure? I’m certainly not going to be less than I am just for someone else’s insecurities.

Tell me honestly, Evan – are there any good men out there who appreciate a woman who knows herself?

I don’t know what is going on and why I’m lacking luck in finding Mr. Right. I am educated, refined, and a self made millionaire by age 34. I am good looking. Many men, women, elderly, and children of all ages have told me so. People also told me that I am one of nicest and sweetest people they have ever met. Even though I am 36, most of the people I meet would think that I am only 26. Unfortunately, I have been through all kinds of online dates in the last two and a half years. CEOs, doctors, lawyers, hedge fund mangers, business owners, professional athletes, actors, etc… When I am not interested in them, they work for the relationship day and night. When I am committed to them and act nice and devoted, they start to look elsewhere.   Anyway, in short, I need some serious help and hope to hear back from you soon.   Thank you.

Great letters. Important question. But first I want to start off with a hypothetical email from a man.

I’m what you’d call a “nice guy.” I make a good living, I’m pretty attractive, and I treat women well. In fact, all of my female friends comment on what a great catch I am. But then I see those same women dating jerks. Yet they would never consider going out with me! So what do you think? Am I cursed to be alone just because I know how to be kind to women? Isn’t being nice a good quality? What’s wrong with women these days? Please let me know.

It’s not BECAUSE a guy is “nice” that he’s not attracting women.

Not true. Women want nice guys — nice guys with opinions who stand up for themselves and know how to take control.

“I’m intelligent, I’m direct, I’m successful, yet I can’t seem to find a quality guy who appreciates me.”

Because there’s much more going on than merely a meeting of the minds.

What never occurs to some women is that:

They’re being evaluated on far more than their most “impressive” traits.

These traits sometimes come with a significant downside that is painful to acknowledge.

Take me, for example. I’m a reasonably bright guy. I make a fair living. I can write a decent joke. These are my good traits. But right behind my good traits are a series of bad traits. Anyone reading this blog can see that:

…Despite her impressive credentials — attractive, successful, intelligent — she might not be giving men what THEY WANT.

The flip side of being bright is being opinionated.

The flip side of being analytical is being difficult.

The flip side of being funny is being sarcastic.

The flip side of having moral clarity is being arrogant.

The flip side of being entrepreneurial is being a workaholic.

The flip side of being charismatic is being self-centered.

So when I hear a woman talk about how “direct” she is, the first thing I think is: “She’s tactless.” I wrote about this in an article for Match.com entitled “Are You Honest or Overboard?” Self-proclaimed “direct” people often tell their dates what they think about them even if the date didn’t ask. They often try to change partners who have no desire to be changed. When the partner pulls away because he doesn’t want to be with someone so critical, the “direct” person concludes that he couldn’t appreciate her “honesty.”

If this makes you feel personally indicted, welcome to the club. I’m a “direct” person as well. I write things that are, to say the least, provocative…and yet I always get surprised when I receive angry emails from readers. Hey, I’m just being honest over here! What are you getting so upset about? 😉

See, there’s a price to pay for “being ourselves.” And if you’re going to express your opinion, you can’t be surprised if other people disagree with you. And if you’re trying to win each argument, you can’t be too shocked if he wants a woman who can be a little more acquiescent.

I don’t know Catherine and Michelle. But I do know that they are not alone. Maureen Dowd, the Pulitzer Prize winning columnist for the New York Times, wrote an entire book about this, called “Are Men Necessary?”. One of her main observations is that if an amazing woman like her could be single, there must be something wrong with men. What she doesn’t acknowledge is that despite her impressive credentials — attractive, successful, intelligent — she might not be giving men what THEY WANT. 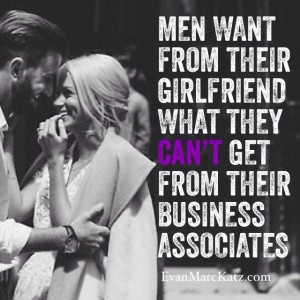 When a man goes out with a woman, he’s not as concerned with whether she’s articulate and on track to make partner at the law firm. That’s what women want in men and they assume it’s of equal importance to them. It’s generally not. Men DO value intelligence, but they also want from their girlfriend what they CAN’T get from their business associates. Warmth, affection, nurturing, thoughtfulness. If he finds himself constantly hearing all the things he needs to change, he may just determine that he wants a bright woman who is less challenging. Not a Stepford Wife. Not a bimbo. Not a maid. Just someone who makes his life EASIER and more pleasant.

Listen, I’ve spent my life chasing after women I’ve intellectually admired. Invariably, all of them had major issues with me. They’re not wrong for seeing things I could change. But a huge reason I’m with my wife is because she spends her time loving and supporting me, not challenging me on everything from movie tickets, to travel plans, to wake up times. She’s easy, in the best sense of the word.

Men want from their girlfriend what they CAN’T get from their business associates: warmth, affection, nurturing…

This is a real dilemma. You’re undoubtedly a great catch. You can teach us a thing or two. You are a go-getter and worthy of everyone’s respect. But if that go-getter side ends up emasculating your man, or makes him feel insignificant, or second-guessed, he’s not really getting what he wants out of a partner. Men want to feel masculine. We want to feel needed. And with a generation of women who pose questions like “Are Men Necessary?” it’s pretty difficult for us to enjoy our role as men. This doesn’t mean you should play dumb, or be weak and needy, no more than the nice guy should start acting like a jackass. It might mean, however, turning off some of the things that make you “successful” at work. This is a bitter pill to swallow, perhaps even a double standard. Still, it doesn’t change the fact that “hard-driving, opinionated, and meticulous” are not on most men’s lists of ideal feminine traits.

As someone who considers himself smart and direct, take it from me — there’s nothing wrong with these qualities. But if it also coincides with being difficult, dating might be a long, tough road for you.

It certainly was for me.

P.S. Want better results in your love life? For a deeper understanding of what qualities you should be looking for in a man, I invite you to check out “Why He Disappeared — the Smart, Strong, Successful Woman’s Guide to Understanding Men and Keeping the Right One Hooked Forever”.