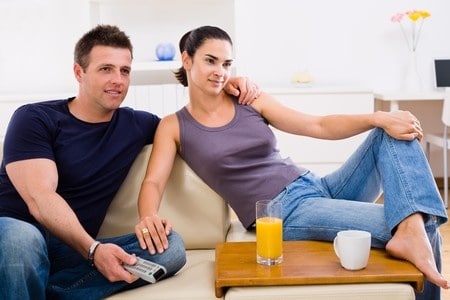 It pains me that after 8 years of blogging, this blog post about women discriminating against short men online remains my most “popular” one yet. And yet I’m not surprised in the least. It has a whiff of science (an experiment where we raised a man’s height on Match and watched his responses balloon), a controversial take (give short guys a chance), and an outraged readership (short men and Asian men who falsely thought I was insulting them, women who insist that it’s impossible to be attracted to short men). Hell, thinking about it, I should probably write more blog posts based on that formula.

We all know that short men have, for lack of a better term, drawn the short stick when it comes to women and attraction.

Nonetheless, this New Republic article provides fodder for discussion on the topic of short men. It suggests, that like  Avis rental cars, if you’re #2, you work harder.

Now, we all know that short men have, for lack of a better term, drawn the short stick when it comes to women and attraction. “A pair of sociologists found that 48.9 percent of women restricted their online dating searches to men who were taller than them. (Men were less picky: Just 13.5 percent wouldn’t consider a taller woman.)”

This isn’t news. All you need is a set of eyes and ears to see how tall guys are preferred by women. The interesting thing, of course, is that there is no inherent value to dating a taller man. He doesn’t need to protect you from falling objects. He doesn’t need to physically fight bad guys. It’s really a more primal and shallow feeling: “I can’t help what I’m attracted to” or “I want my kids to be tall” or “I want to feel feminine”. That last one is the real kicker, and it’s what I want to take a second to explore.

Once you realize that height is a primal substitute for those feelings, you can expand your search to included shorter men. And you’ll be glad you did. Since short men are largely overlooked in the dating pool, those who get married make for giving and loyal partners.

Femininity is not about his size relative to yours, but about security. How he makes you FEEL. So find other qualities about a man that will make you feel feminine to satisfy this need.

“Divorce rates for tall and average men were basically indistinguishable, but 32 percent lower for short men. Weitzman explains this by saying that women who are “resistant” to marrying short men are more likely to “opt out” before it gets to the point of marriage: “There’s something distinct about the women who marry short men.”

“Or maybe it’s just that short men make better partners. They do a greater share of housework: On average, they perform 8 hours and 28 minutes per week of housework–constituting about 28 percent of the total–compared to 7 hours 38 minutes for average men and 7 hours 30 minutes for tall men. And they’re more likely to be the breadwinners: Conley and Weitzman estimate that 78 percent of short men out-earn their partners, compared to 69 percent of average men and 71 percent of tall men. Although other research has suggested that taller men earn more–perhaps because of employers’ biases–they didn’t find evidence of income disparity among the different height groups. Tall men may be, in Weitzman’s words, “aware of the status that is conferred by their tallness”–which might make them less motivated to pitch in at home.”

If you’ve been reading for awhile, you’re already well aware that the best husbands aren’t the tallest or richest, but rather, the ones who are sensitive to your emotional cues, and help out with the housework and childrearing. In other words, the ones who are loyal, giving, and work extra hard to ensure your happiness.

So, please, consider the virtues of shorter guys. Not for their sake, but for yours.