You Don’t Want Him Anyway 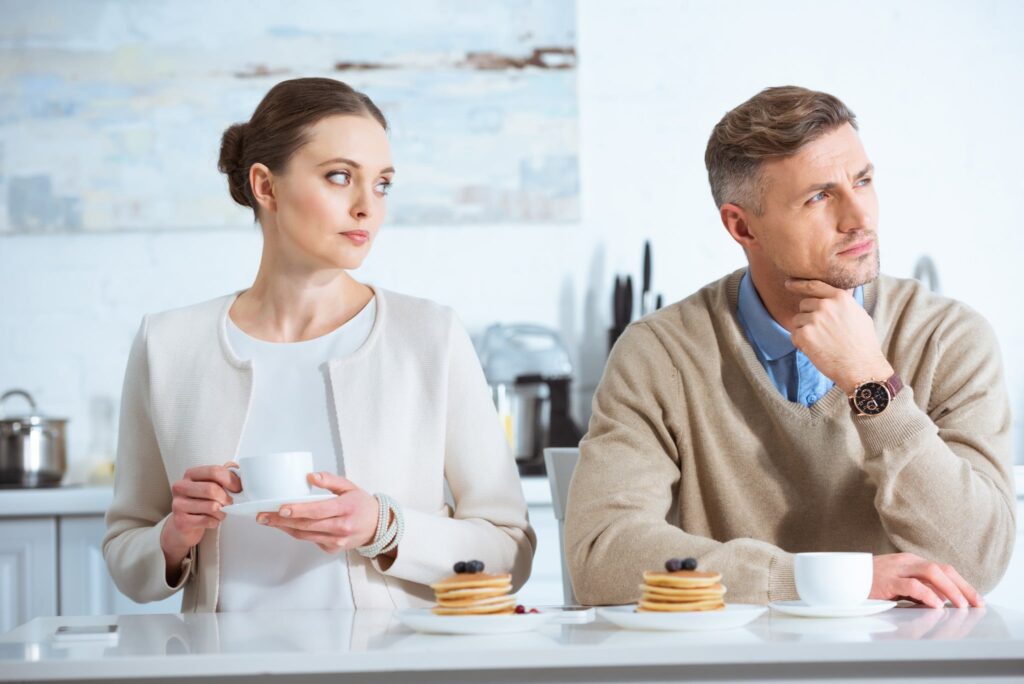 Let me tell you a true story about Alice.

But before I tell you about it, I want to share a little bit about Alice.

In her mid 30’s, very attractive, intelligent but not intimidating. Alice is a good person and a good catch.

The two things that she doesn’t trust? Men, and herself when she’s around men.

Thus, Alice never has trouble attracting guys; her trouble is in keeping them.

Does this sound like anyone you know? Nah. Didn’t think so…

Basically, Dylan is all of the characteristics that Alice finds so rarely in one man, that when she happens upon such a guy, she HAS to have him.

Oh, and one other thing: Dylan is on the rebound from a relationship. Alice is the first person he’s been with since his breakup.

What follows is altogether too predictable.

Alice went out with Dylan and, barely able to contain her excitement, slept with him on the second date.

Dylan, still excited the next day, made overtures to follow up.

Alice, breathing a great sigh of relief, started treating Dylan as a boyfriend…

Which meant calls, emails, texts and demands to know where things were going…

Until, predictably, Dylan pulled the “slow fade”, where he didn’t fall completely out of touch, but became highly inaccessible.

A week had passed and now Alice was on the phone to me, wondering how she could get Dylan back.

“Yes! I don’t have this feeling about guys very often. I want it to last.”

“You mean the feeling of elation that comes with sleeping with a hot guy? Or the feeling of despair you have because he’s a player, he hasn’t called you and you don’t have any chance of having a successful long-term relationship with him?”

The silence on the other end was deafening. Yet Alice couldn’t disagree with me.

Dylan WAS a player. Dylan DID sleep with her right away. Dylan WASN’T ready for a relationship.

In fact, when Alice looked at it objectively, Dylan was kind of a selfish jerk for coming on so strong and pulling away so abruptly.

And yet here she was, reeling from raw emotion, begging me, her trusted dating coach, to help her GET THE SELFISH JERK BACK.

This is like giving the alcoholic just one more drink.

I’m guessing you’ve had this bad idea yourself.

What a colossal waste of time.

Because even if I were a Miracle Worker – even if I could concoct some magic potion that erased Dylan’s memory of Alice’s needy texts and planted a chip in his head that forced him to call her every day… you know what Alice would get in return?

A selfish, immature, emotionally unavailable player who is in no position to be a good boyfriend to ANYBODY.

Thus, as far as I’m concerned, Dylan gave Alice a gift – the gift of freedom.

There is no potential of a future with a man who has shown no desire to commit.

The freedom to cut the cord quickly because there is no potential of a future with a man who has shown no desire to commit.

Look back in your past and consider how much time you wasted on men like this.

Realize, at this moment, that you’ll NEVER have to do that again.

If you want to make healthy choices with men – and break free from pining for those selfish unavailable guys, my book, Why He Disappeared, is for you.

In just 133 pages, you’ll close the book on the bad men in your past, and forge a healthy relationship with a man who knows the meaning of the word commit.

I look forward to hearing about your amazing results!

P.S. Shawna decided she’d had enough of wasting her time on the wrong men. This is what she has to say two years into her dream relationship.

I’m writing this from the kitchen of the new house my boyfriend bought us on Monday, on our 2-year anniversary. This kitchen is where he gave me a stunning, colorless, flawless solitaire that same day, so I guess he is now my fiance’! I couldn’t have dreamed a more perfect day.

To say that I had trust issues in dating before I read your book or your blog is an understatement. At the first sign of real or perceived mistreatment or imperfection in dating, I would run, and sometimes I would stay way too long. I believed I needed a man to be a certain way, a certain height, a certain profession.

Then two years ago, after reading “Why He Disappeared” I met my now-future husband. On our first date he was really, really late. Instead of being annoyed, I smiled warmly and hugged him. He still says that that put him at such ease and he couldn’t believe how easy going I was. I maintained that easygoing nature through nearly everything because he is worth that and I want to be a safe haven for him and not someone he wants to run away from. I kept in mind your description of your first date with your wife when things didn’t go as planned. I learned to measure character instead of height, and kindness instead of career. He treats me so kindly, has such a wonderful heart, and I don’t think I’ve opened a door myself in the last two years when I am by his side. I didn’t realize that love and companionship could have such ease.

In the times that we did struggle in our relationship, it was because I was letting external opinions influence me. I would compare our relationship to my friends’ relationships and I thought we fell short, or we weren’t enough. I would listen to a friend who follows the rules in dating tell me that if a man really cared, he would buy jewelry for special events, and I would feel inferior if I didn’t receive jewelry, even though every gift he gave me was so thoughtful and generous. Last Christmas, no fewer than six friends said they expected us to get engaged and when we didn’t, I was disappointed, even though I was happy with where we were in our relationship at the time. But all of these things showed that I was out to prove something to other people and it had nothing at all to do with us, and we are all that mattered. So I stopped comparing. I stopped mistrusting. I stopped running and I stayed. I said, “Yes,” to everything and finally, I was able to say, “Yes,” to everything about our future, including marriage.

In your book, “Why He Disappeared” I learned so much about the mistakes I made in previous relationships. In the last two years, I took all I learned from you and learned even more from my boyfriend. I learned why he stays. He stays because I was kind to him that first day we met, I am flexible with pretty much every plan, I choose my battles carefully and am direct when I need to be, I love him like no other and I speak highly of him in public and in private. I’m sure there’s more, but you get it. And for that, I thank you from the bottom of my very grateful, very full, very engaged heart.

If you want to write me an email like Shawna’s from your very own love-pad, click here and let’s make it happen!