You Think You Attract The Wrong Men, But You Don’t 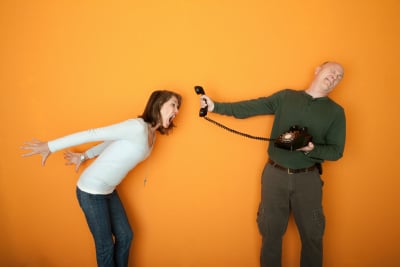 If you’re single, you’ve probably gone through hell in the dating world. Maybe you even think of it all as a dating game.

From the perspective of a decent guy, it was a reasonable conclusion to draw. After all, I did have a disproportionate number of stories about highly emotional women. But when I thought about it, she was wrong.

The real issue was how much time I’d invested in these women, hoping that they’d suddenly become calm. That’s where I was guilty. I continually put myself through roller-coaster relationships in my own life with insecure people, hoping that they would work themselves out.

I’m not encouraging you to be intolerant of men’s flaws. I’m telling you that if you think you ATTRACT the wrong guys, you’re incorrect.

If you consistently find yourself in relationships with liars, cheaters, addicts, leeches, or commitmentphobes, your job isn’t to get them to stop lying, cheating, drinking, mooching, failing to commit, or trying to make them a decent guy. Your job is to leave.

This website uses cookies to improve your experience while you navigate through the website. Out of these, the cookies that are categorized as necessary are stored on your browser as they are essential for the working of basic functionalities of the website. We also use third-party cookies that help us analyze and understand how you use this website. These cookies will be stored in your browser only with your consent. You also have the option to opt-out of these cookies. But opting out of some of these cookies may affect your browsing experience.
Necessary Always Enabled
Necessary cookies are absolutely essential for the website to function properly. These cookies ensure basic functionalities and security features of the website, anonymously.
Functional
Functional cookies help to perform certain functionalities like sharing the content of the website on social media platforms, collect feedbacks, and other third-party features.
Performance
Performance cookies are used to understand and analyze the key performance indexes of the website which helps in delivering a better user experience for the visitors.
Analytics
Analytical cookies are used to understand how visitors interact with the website. These cookies help provide information on metrics the number of visitors, bounce rate, traffic source, etc.
Advertisement
Advertisement cookies are used to provide visitors with relevant ads and marketing campaigns. These cookies track visitors across websites and collect information to provide customized ads.
Others
Other uncategorized cookies are those that are being analyzed and have not been classified into a category as yet.
SAVE & ACCEPT
4K Shares
Tweet
Share4K