How Can I Stay Married To A Man Who Flirts With Other Women? 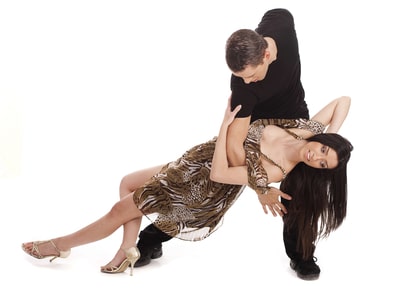 He is a salsa dancer and always chooses the young sexy girls to dance with. We are in our mid-forties and sometimes I find his behavior repulsive. I have chosen to no longer go out to these places with him because I feel like I cannot compete with young 20-somethings…nor do I want to and he loves the attention he gets from being a good dancer.

I do not want to be in a relationship like this and have let him know that I want to leave the marriage. He wants us to stay together with our son, yet continue this lifestyle. My question is this…am I just insecure or is he crossing the line when it comes to dancing with other women? If we do stay together what are so me boundaries that will make me feel safe in this marriage? —Candace

I have written extensively about this, so you should probably read a few of these posts.

And as much as many of my readers would tend to disagree, this isn’t nearly as black and white you might think. You’re emotionally caught up right now, Candace, and it’s hard to find an objective point of view.

While infidelity itself may be an absolute deal-breaker for your relationship, flirting itself may not be — especially within the context of an otherwise good marriage.

Now, you’ve left a lot out of your email that is important to consider. Without this information, it would be impossible for me to tell you what to do. So before you file for divorce, you should probably consider these mitigating factors from your devil’s advocate dating coach:

First of all, how is your marriage? It may seem like a silly question, given how upset you are, but apart from his interest in looking at/dancing with pretty women, what does the rest of your relationship look like? Is he a good provider? Does he spend a lot of time with you? Is he a solid communicator? Is he an available father? Does he have anger issues? Has he ever actually cheated on you or talked about a divorce?

All of this stuff matters, in my humble opinion.

Because while infidelity itself may be an absolute deal-breaker for your relationship, flirting itself may not be — especially within the context of an otherwise good marriage. And yes, I say this as a flirt and a good husband as well.

Next, let’s dive into his actual offenses:

He’s a good salsa dancer. You used to go with him. Now you don’t because he enjoys dancing with and impressing younger women. That opens up the door to more questions: does he leave you sitting alone while you’re out dancing? That would be rude, but can’t you just as easily dance with other men? As a former salsa dancer, I know that partners generally rotate, instead of staying with each other all night — especially in classes.

Which makes me wonder: are you just getting upset at what could be considered normal behavior? After all, salsa is an inherently sexy dance. Should your husband refuse to dance with women who are younger and prettier than you? Should he pretend not to enjoy himself with them because you feel insecure?

I know it’s hard to field these questions because you want to assume he’s guilty. Still, in the interest of objectivity, I have to go under the presumption of innocence until he’s PROVEN guilty. So what exactly does your husband do that is so repulsive? Does he ask these younger women for their phone numbers? Do they sit on his lap after the dance? Does he kiss them or squeeze their asses? Or does he, you know, just dance and smile and hug them after they’re done, which is pretty standard practice. Unless he’s doing any of those overtly sexual things, I would be forced to conclude that he’s enjoying salsa dancing the way it’s meant to be enjoyed.

One CAN flirt with someone else (and enjoy it) without acting on it. It’s pretty normal, especially if a couple is secure in their relationship.

So what we’re really talking about here is getting clarity on his actual flirtatious behavior and weighing your own insecurity. I don’t know the answers to either.

I do know you’re assuming his behaviors are bad because you’re hurt by them.

But I have to ask if you’re being hurt by behaviors that aren’t inherently hurtful.

Would a more secure woman, like, say, my wife, laugh off the same things that are causing you to consider a divorce?

I don’t know the answer, because I don’t know the answer to the questions I’ve asked you above. However, before you do anything rash, I think that you need to assess your own level of security and weigh it against his actual behaviors (not his fantasies). Your husband may be insensitive but that doesn’t necessarily mean he’s a cheater and that you should throw out your marriage because of it.

And before we get started with the comments — if any woman is going to disagree with me below, remember, you don’t know the answers to Candace’s questions either. You just know that you’re sensitive to her needs and less sympathetic to her husband. Try being impartial and attempt to see how he MIGHT be innocent before you react to my call for more answers.