Home > Blog > Meeting Men > Why Do Guys Act This Way? > My Husband Openly Talks About Other Attractive Women To Me 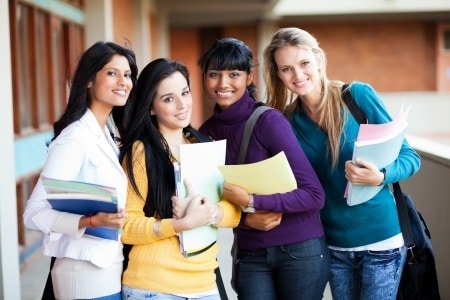 I have been married for two years. I am 26 years old and my husband is 12 years older than me. He is very nice to me and always tells me how beautiful I am and how lucky he is to have me. He loves me. He seems to know what to say to me most of the times.

Now, here is the problem… We are both going to separate colleges.   The problem is that at the end of the day when he tells me about his daily class events, he goes on and on about this hot, extremely hot, f#$$g hot, sultry looking girl in one of his classes… His friends tell me how “he is married, but not dead” and “there is nothing wrong with noticing other women”!! He also tells me that he can fantasize about his cute 30 years old teacher… I asked him if he ever found me ‘sultry’? His response was just plain ‘NO’. He told me that I was beautiful and very sexual, but never sultry.

What is your opinion about this whole mess? I AM a jealous person, but I try to control my jealousy. I try very hard to not show anger, but I really don’t feel loved. I don’t want to tell him that he can’t come talk to me about other females (well, I see other guys too in my school but I don’t go on and on about them when I get home. I desire my husband and no other man)

Your husband’s biggest problem isn’t that he’s a loser who will most certainly cheat on you one of these days (although an argument can certainly be made). No, your husband’s big problem is that he has an extraordinarily big yap which lands him somewhere in that gray area between insensitive and stupid.

I’m going to take this moment to strike a hard line in defense of LYING. Yes, LYING. Because right now, ladies and gentlemen, you are hearing a first-hand account of the devastation wreaked by a man who can’t help but to TELL THE TRUTH. Because, to be perfectly blunt with you, Jazz, his friends are 100% right. He IS married but not dead. There IS nothing wrong with noticing other women. Where your husband comes up incredibly short — as if he were somewhat autistic — in his ability to HIDE his attraction to other women for your sake.

Where your husband comes up incredibly short — as if he were somewhat autistic — in his ability to HIDE his attraction to other women for your sake.

Now, we’ve tackled this before here. And my sentiments, controversial though they may seem, remain the same. Flirty people flirt. It’s a personality trait, not a choice. Still, there ARE societal boundaries to be maintained, and there are certainly sensitivities that have to be considered. And your husband is failing on every account. Factor in your innate jealousy and your husband going on and on about his f#$$g hot lab partner, well, you’ve got a recipe for disaster on your hands. And it ain’t going away all that soon.

Because what you might be surprised to learn, Jazz, is that your husband probably feels that he just can’t help himself.

Which is why comparing your attraction to other men is irrelevant. Leering is somewhat accepted among men, and, to a degree, even encouraged…. I recall a conversation I had with a close friend. He was raised in a Southern feminist household and was taught ultimate respect for women. (This is a GOOD thing, by the way. I ain’t arguing with it.) But what my friend failed to understand when we were drinking and woman-watching in Myrtle Beach, South Carolina was WHY we did it. “I don’t see why you would alert me to look at a woman’s body from across the room if I didn’t already see it. It’s disrespectful.” My defense: “It’s like a rainbow. If it’s beautiful, I feel it’s my job to point it out to my friends around me.” Hey, it was the best I could do after a dozen beers.

Again, Jazz, I’m not blindly defending lecherous men — nor encouraging this behavior in general. I’m pointing out that it happens, it’s common, and it requires a lot of rewiring to get men to be sensitive to women when they’re accustomed to being boorish around other men.

While he should be letting off steam to his friends exclusively, he’s including you in on his act — possibly to absolve his guilt.

One other point: talking about other women is also your husband’s way of staying sane in a monogamous relationship (monogamy being a choice, but not a natural state). Unfortunately, while he should be letting off steam to his friends exclusively, he’s including you in on his act — possibly to absolve his guilt. It’s foolish, destructive and short-sighted, no doubt about it.

Thus you need to have a conversation with your husband before you boil over. As always, focus on how his words make you FEEL instead of telling him that he’s a psychotic pervert. It may be true, but it accomplishes nothing. If he loves you — and as your husband, I believe he does — he doesn’t want to hurt you, and is open to learning how his visceral reactions to women are actually damaging your relationship.

Please write back and let us know how it goes. We’re pulling for you…