Does a Man Always Ask Out a Woman If He’s Interested In Her? 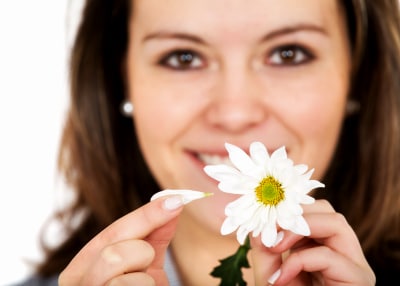 Evan, I have a common problem that you’ve responded to lots of times: I fooled myself into thinking that my friend of 10 years had feelings for me, and when I mustered up the nerve to tell him, I was shot down. I thought I had read the signs right. We talked almost every day, he told me I was hot, he told me that he fantasized about me, and we went traveling together. He never actually made a move on me though. Now that I know my feelings are not returned, I’ve cut him out of my life so that I can move on and find someone who truly does love me. I have to admit though, that this whole experience has left me scarred. I was wondering if you could explain how to avoid a situation like this in the future. Do men always ask out a woman they’re immediately interested in? Does love never grow over time? Does the romantic story of “When Harry Met Sally” really just exist in the movies? —Angelina

Angelina, sweetheart. I’ve never answered this question before, and I’m glad you shared your story with me. It definitely hurts to have a long-time unrequited love and I’d be lying to you if I said that I never had the exact same personal experience.

So believe me when I tell you, everything you’re going through is very common — and, not only that, but this will NEVER ever happen to you again. Okay?

First of all, you have to stop beating yourself up over the outcome of your friendship. Other girls in a similar position would have read all of those signs in the same way. I can’t think of many guys who will tell you you’re attractive and claim to fantasize about you, who aren’t at least somewhat interested in something more than friendship.

Usually, when there’s smoke, there’s fire. In this case, there was not.

It definitely hurts to have a long-time unrequited love and I’d be lying to you if I said that I never experienced the exact same thing.

But there are some things that you could have been ignoring the entire time you were with him that led to this crisis. The first thing that I can think of is that he’s not some shy beta male who had a crush on you for ten years and was too embarrassed to make the first move.

I’m guessing that maybe 25% of guys are that way. Maybe more, but I don’t know too many men like that. Guys who are the way I was in high school — befriending all the pretty girls in hopes of getting close to them, only to discover that you’re in the friend zone.

But for all the other men out there who got the memo in third grade that if you find someone attractive, you ask her out, the easiest thing to do is spend time observing them.

If he asks you out, he’s interested. If he doesn’t, he’s not.

I’m guessing, Angelina, that your guy was in the top 75%. Which meant that if he liked you, at some point over 10 years, he would have let you know it.

So, looking back on your history, was your friend somewhat confident, charismatic, and funny? Did he have any other girlfriends? Any random hookups? Did he tell you about other girls and ask you for advice on them?

If so, I could have told you from the beginning that he saw you as just a friend.

1. He’s not attracted to you at all — which makes friendship really easy to maintain, without all the sexual tension of the “When Harry Met Sally” friendship.

2. He’s taken and content in his serious relationship with someone else — which makes you off-limits, and even if he is attracted to you, he wouldn’t do anything about it.

3. He’s hooked up with you before — so the mystery and excitement are gone and you can just enjoy each other’s company as friends.

4. He’s a mature adult who’s had enough sex to understand that just because he’s attracted to someone doesn’t mean she’d be a viable girlfriend/life partner, so it’s best not to act on that attraction.

I can only make such a list because I am friends with women under all four of those pretenses — I’m not attracted to her, I’ve hooked up with her before, I’ve slept around and don’t need to do it again, and I’m married and not ruining a good thing.

So when you’re assessing future friendships with men, first ask yourself whether he’s the shy, awkward guy who may be repressing his true feelings for you.

If he’s not, he’s probably not interested in you and is one of the four men above.

This website uses cookies to improve your experience while you navigate through the website. Out of these, the cookies that are categorized as necessary are stored on your browser as they are essential for the working of basic functionalities of the website. We also use third-party cookies that help us analyze and understand how you use this website. These cookies will be stored in your browser only with your consent. You also have the option to opt-out of these cookies. But opting out of some of these cookies may affect your browsing experience.
Necessary Always Enabled
Necessary cookies are absolutely essential for the website to function properly. These cookies ensure basic functionalities and security features of the website, anonymously.
Functional
Functional cookies help to perform certain functionalities like sharing the content of the website on social media platforms, collect feedbacks, and other third-party features.
Performance
Performance cookies are used to understand and analyze the key performance indexes of the website which helps in delivering a better user experience for the visitors.
Analytics
Analytical cookies are used to understand how visitors interact with the website. These cookies help provide information on metrics the number of visitors, bounce rate, traffic source, etc.
Advertisement
Advertisement cookies are used to provide visitors with relevant ads and marketing campaigns. These cookies track visitors across websites and collect information to provide customized ads.
Others
Other uncategorized cookies are those that are being analyzed and have not been classified into a category as yet.
SAVE & ACCEPT
268 Shares
Tweet
Share268