He Said “I Love You” on the Fifth Date and I’m Freaked Out! 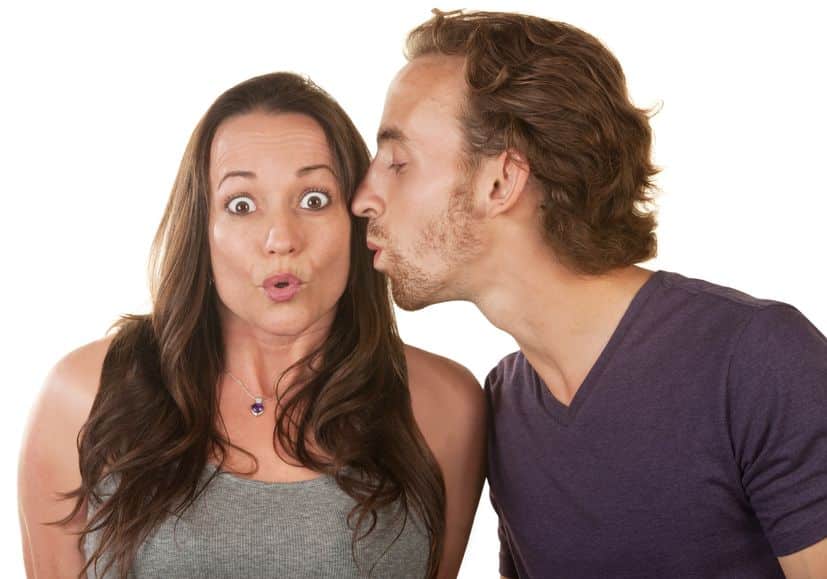 So, I met this great guy online. We’ve been exclusive nearly from the start and we really like each other.

However, he’s moving really fast. He said I love you on the 5th date. I just had a deer-in-the-headlights look on my face. He’s said repeatedly that he will take this at my pace, but he’s made it clear that he’s found “the one” and that’s me! While all this is great, it’s a little frightening. Are these red flags? He’s been divorced and dating for about 6 years, so he’s been there and done just about all of that. I’ve only been divorced and dating for about a year and a half and am still finding my way through life as an independent person. He says, and he’s proven in subtle ways, that he’s willing to give me whatever space I need-that he loves me and that’s it for him.

Is this normal? I’ve never experienced this kind of strong emotion from a man. Was I just with the wrong guys if they were more apathetic? If I was more apathetic?

I am falling in love with him, at my own pace, but I’m just wondering if my dating radar isn’t picking up on something here.

Help me figure out if I’m missing something here or do I have a really great guy?

Dear Steffi,
I really relish these role-reversal emails, because it just goes to show that it’s never just a “man” thing or a “woman” thing.

Men can be prudish about sex and emotionally vulnerable.

Women can be on the fence about commitment and concerned about clingy men.

Relationships are about people with emotional needs. And those needs are universal.

The above links are probably somewhat instructive. After all, you’re not the first person who’s been concerned that a man has fallen for her too fast.

But let’s take your question on its surface, based solely on what you told me.

Let’s give this guy points for the important things. First of all, he’s being real with you. No games here. (Funny how people complain that they don’t like games, then when someone is nakedly honest with them, they get that “deer in the headlights” look?)

You’ve become the perfect vehicle for all of his dreams and desires, and, from that pedestal, you can’t be on equal footing.

Second of all, he’s self-aware enough to see that he’s freaking you out, which is why he came back with, “We’ll take it at your pace.” Which means, roughly, “I’m going to do a very poor job of pretending I’m not totally whipped on you, and I pray for the day when you show me you’re whipped on me, although that probably won’t happen because it’s hard to respect a guy who is so whipped so soon.”

What’s heartening about your situation, Stef, is that you say you’re falling in love with him at your own pace. That’s usually not the reaction that women have to guys who come on too strong. Credit goes to you for seeing this guy as the man he is, rather than being overwhelmed by his one-sided passion. That said, there IS a red flag. This guy is projecting a LOT onto you. You’ve become the perfect vehicle for all of his dreams and desires, and, from that pedestal, you can’t be on equal footing. I suspect he knows intellectually that you don’t walk on water, but when he’s going through that “puppy love” phase, there’s no room for realism….

I spend a lot of time thinking of the value of passion in a relationship, and what I’ve figured out is this:

Passion is blind. It may or may not mean that you’re compatible or that you truly love each other. What passion DOES do is provide such clarity of purpose that there is no second guessing. Sam Harris does studies on the biochemistry of belief and I suspect that he can affirm this. The chemical rush that we get when we’re in love is the same one that allows people to be suicide bombers as well. Helen Fisher’s book, “Why We Love,” delves into the same thing. The kind of love that your boyfriend is experiencing is like a cocaine high-with all the highs and lows that come with it.

People get carried by passion all the way to the altar, and never stop to think whether this person is the best long-term investment.

The problem, therefore, comes when that high goes away. What do you really have? This, I suspect, is the greatest cause of divorce. People get carried by passion all the way to the altar, and never stop to think whether this person is the best long-term investment. They’re too blinded by “love.” All those couples who say, “You just know” sound really positive and passionate…until they get divorced. Thus, passion creates a bond; it doesn’t necessarily portend a healthy future.

So, Steffi…you’re much better off with this guy than a guy who is apathetic about you. But only if you respect him. And that’s where this kind man is going awry. By laying his cards out on the table and telling you that you’re in control and that he’ll do whatever you want, he loses a piece of what makes him attractive. It’s hard to be a masculine leader if you’re so willing to follow behind a woman like a lovesick puppy. My guess is that this guy is a really good man who is in that delightful space where he just wants to declare his love with reckless abandon. As long as you don’t hold this against him, as long as you realize that this is a GOOD thing, as long as you realize that you can’t ask for much more than a DEVOTED man, well, you may just be the big winner.

If your relationship is making you feel anxious, you must learn these 8 reasons why.
26 Shares
Tweet
Share26