Home > Blog > Sex > I Think Sex Is Wrong Outside Marriage. Why Won’t Anyone Date Me? 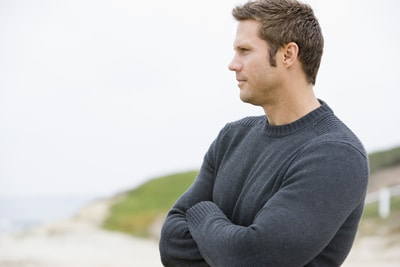 I keep losing relationships when I say that sex isn’t right outside of a marriage. I used to think that women have more self-control than men, but have since realized that we are all humans.

Is it ever possible to have a year-long relationship without sex? Even the most conservative girl I’ve met gets heavy on that after a while. I feel pressured. They ask questions like “will we be doing that (whatever is the action in the movies) in future?”

I think maybe I’m the problem. I’ve been called frigid, gay (am not), etc.

There’s so much more to life than sex, right? Maybe I should look for intelligent scientists.

You sound a bit like the guy who insists on buying flowers for women on first dates. He seems like a really nice guy, but what he doesn’t get is that his views are out of step with the majority of society.

When you lead your question with “I keep losing relationships when I say that sex isn’t right outside of a marriage,” you make it abundantly clear that your moral stance is quite ineffective. That doesn’t make you wrong. That makes your choice a highly questionable one as far as most women are concerned.

And, as I am wont to do, I’m going to use this platform to ask readers to consider if they have any hard-wired minority beliefs that prevent them from making a connection. Again, I’m not a moralist; I’m a pragmatist. Just because a guy tells me that his mullet hairstyle is the purest expression of how he likes to look, doesn’t mean that wearing his mullet in his online dating photo will help him woo the ladies.

Just because a guy tells me that his mullet hairstyle is the purest expression of how he likes to look, doesn’t mean that wearing his mullet in his online dating photo will help him woo the ladies.

Lest you think I’m joking — that’s a true story. I had a client four years ago who was a grown-up 70’s rocker who teaches guitar lessons. Nice man. Very passionate. But in his insistence on “being himself,” he pretty much eliminated every woman who tossed her AquaNet out the window in 1989. Same goes for my Jewish client who loved his dreadlocks, and was surprised he didn’t get much attention on JDate. Somehow he was shocked that all the Ivy League women who want to marry doctors and lawyers weren’t flocking to his unwashed nest of hair. Doesn’t mean he’s a bad guy — it just means he had to make some tough choices: Keep the hair and lose the women. Or lose the hair and get the women.

Since I’m not a psychologist, I’m not gonna worry in this space about WHY you’d opt for abstinence. That’s between you and your clergyman. All I can say is that the number of people aboard the no-sex train is increasingly small. So as I see it, you have two choices:

Keep beating the drum that says sex is wrong outside of marriage and continue to wonder why most women keep running away, OR:

Get off your moral high horse and start sexually servicing these women the way they want to be serviced.

If not, someone else will. I guarantee that.